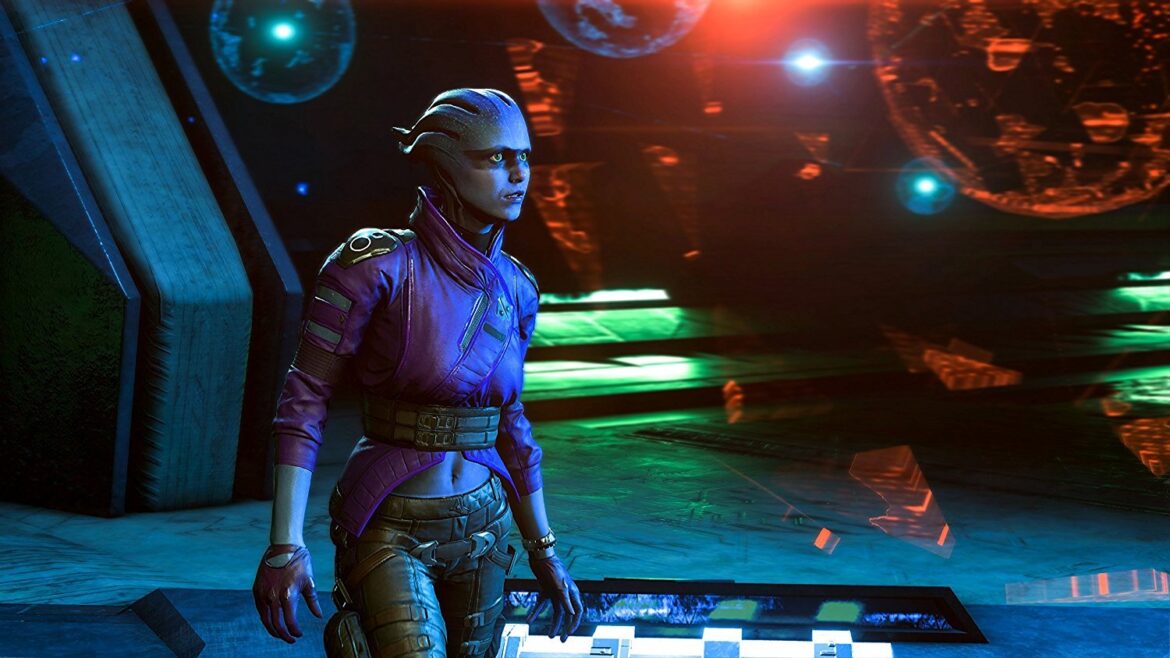 This Path Began A Long Time Ago…

Bioware’s last entry in the Mass Effect series came out in 2012, almost five years ago. Mass Effect 3 brought Commander Shepard’s exhilarating story to a close (disappointingly for some fans) and concluded the trilogy-long battle with the Reapers. Over the three games, players followed the adventures of the Normandy crew through heartbreak, loss, and well-earned triumph.

Players formed lasting connections with the diverse characters in each game, adding deeper dimensions to the fleshed out world. As the central character, Shepard became a symbol of hope and resistance in a galaxy threatened by extinction. Be it through their actions or even their infamous dancing skills, players became a legend. Any way you look at it, those are some large shoes to fill.

Bioware knows this, and instead of attempting to fill those iconic space boots, they’re creating a new pair for players to slide into. They may be a familiar fit, but they’ve also got shiny new add-ons and features to give players a taste of something different.

This Is Commander Shepard, Signing Off

In the trailer released for N7 Day in 2015, the voice actor for female Shepard, Jennifer Hale, provided a narration to sign off as Shepard one last time. This served as a way to pass the mantle on to the next generation of explorers. These early trailers focused on the idea of using what came before as a foundation for what comes next; simultaneously looking back and looking forward.

The first glimpses of Mass Effect Andromeda built on this, as well as focusing on the concept of exploration and human curiosity. Where the previous games had players traversing an established galaxy with pre-existing worlds and histories, Andromeda offers something completely different.  A phrase used in a trailer illustrates this perfectly, as Bioware state their intent to push boundaries and go ‘further than ever before,’ not just physically in the game, but with the actual game itself.

With Mass Effect Andromeda, Bioware has cleverly extricated themselves from restrictive ties to the original series. By setting the story not only 600 years ahead but more crucially away from the Milky Way, they have created an entirely new space in which to tell their story.

The Andromeda Initiative, the program set up to travel to and colonize a new galaxy, sets off after the events in Mass Effect 2 in  2185. This is just before the Reapers invade the Milky way en masse at the start of Mass Effect 3. By setting it between these two games, Bioware removes the need to provide a canon ending for Mass Effect 3, avoiding changing previous players’ endgame choices.

Instead of preserving a galactic society at its peak, the game gives players the chance to form their own. The species that arrived aboard the four Arks and the command center The Nexus have yet to establish their homes on the new worlds in Andromeda. In their role as Pathfinder, Ryder and their team lead the way in exploring their new environment and finding a place for humanity.

Even though many of the features may feel familiar to returning players, the Andromeda setting completely changes the game’s dynamic. In previous entries, you played as a fairly well-known character who recruited others who were often at the top of their respective fields. Now, instead of diving into the history book halfway and writing the last few chapters, you’re starting from page one.

The crew from Andromeda seem young and untested. The main character, Ryder, ‘blank slate’ characteristics provide a perfect conduit for the player in a new game. With dynamic class profiles and the ability to change and adapt them as you go, Ryder seems like fluid character who the player can mold into whatever they want. Players can also customize their character through diversified dialogue options. Instead of the linear Renegade/Paragon choices, there will be four different response types: Heart, Head, Professional, and Casual.

Returning favorites like the Krogans, Asari, and Salarians ensure that elements of the past are still vital parts of Mass Effect’s DNA. Whereas new additions like the volatile Kett and the ancient Remnant provide exciting opportunities to explore new races and their own previously unknown histories.

Bioware has identified other successful elements of the previous games to take forward into Andromeda. Things like the loyalty missions from ME2 are effective ways of establishing backstories for new characters and developing bonds.

The popularity of Mass Effect 3’s multiplayer is another focus. Bioware is using it as a jumping off point to build on and improve the multiplayer for Andromeda. An aspect of this is incorporating it into the story campaign, but have it as more of an optional element. This is compared to the multiplayer in Mass Effect 3 which actually affected your ending of the game.

Using the previous titles as a foundation to create Andromeda, Bioware will hopefully deliver a game that has all of the best features combined with new innovations. A true hybrid of new and old.

Creating a new title in a franchise is never easy. Developers have fan expectations to contend with on top of the pressure to live up to the games that came before. Creating strong links between games can also either be a blessing or a curse. The game could be too similar and suffer by comparison.  Or developers could limit the scope of their new game by grounding it in an established universe. On the other hand, creating a game that is too dissimilar could alienate fans of the series. They could feel cheated, goaded into buying a game attached to a franchise by name alone.

Recent games that got the balance right are the new entries in the Tomb Raider series. Both games delivered on narrative depth, while still maintaining the franchise’s identity with puzzle solving gameplay. Games in the Assassin’s Creed series also have similar mechanics, but create new story spaces through different historical settings. Less successful examples are games like Mirror’s Edge: Catalyst. With prequels like this, it’s hard to innovate when your ending has already been written.

Bioware’s method allows them to try new things within the relative safety of a beloved franchise. They’ve already got an audience, they only need to please them and at the same time entice new players. No small task. Either way, Shepard’s story is finished. It’s time for the Ryders to start theirs.