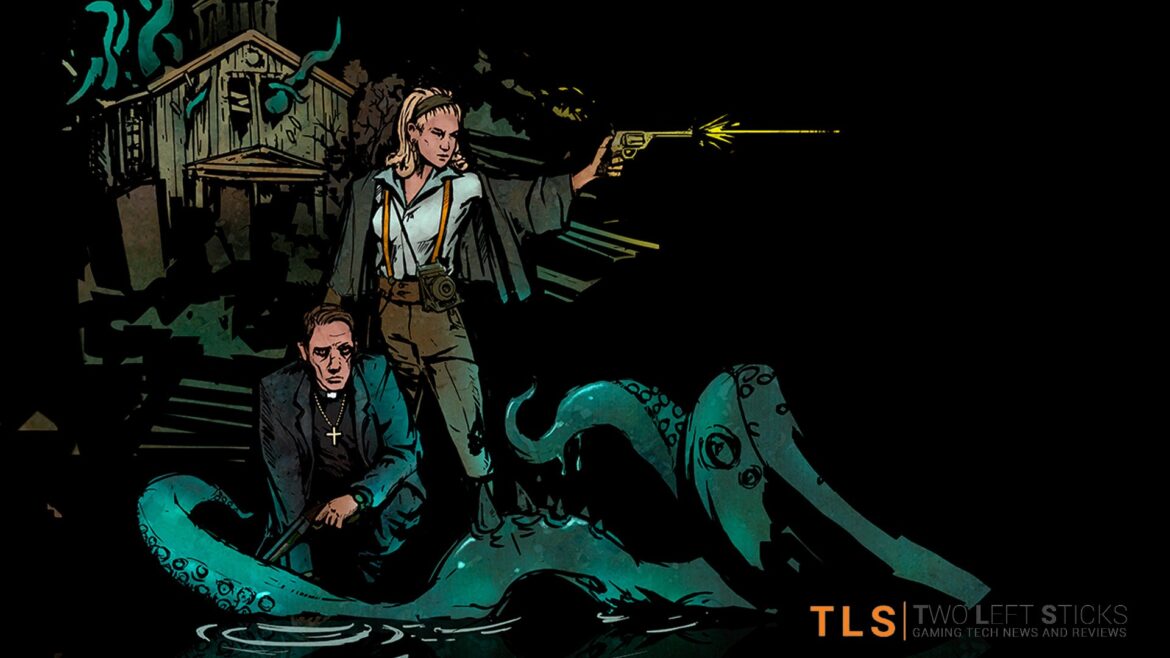 Forgive Me Father early access peek suggests that it’s a must-have for classic shooter aficionados. When you play the Lovecraftian horror/shooter, you may relive your childhood memories while also learning something new. New stages and bosses have been included in the most recent version.

I owe a debt of gratitude to whichever Eldritch God was responsible for sending me a sneak peek of Forgive Me Father. vintage shooter with 2d models and 3d settings is what this game is all about The Doom or Serious Sam series will give you an idea of what to anticipate in this game. A relentless massacre awaits you in this Lovecraftian tale as you slay a slew of insane characters and monstrous creatures. If you’re a fan of old-school shooters but don’t want to get too bogged down in nostalgia, Forgive Me Father is an excellent choice. It’s exactly what we’ve been looking for in the wake of a slew of poor remakes.

An infinite mode has been added to the early access version in the most recent release. Similar to Zombies mode in Call of Duty: Zombies, you have to fight against hordes of undead while you upgrade your weapons and gadgets. A lot of fun was had by everybody, and it serves as a good example of how well-executed gameplay can be. 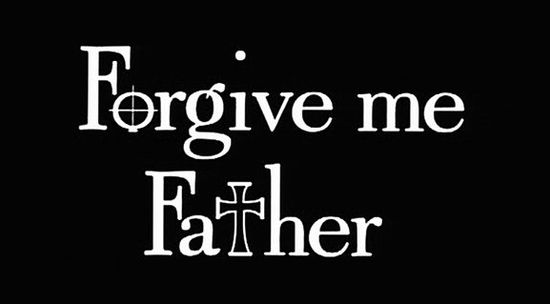 In the early access preview, Forgive Me Father’s plot takes a backseat to gameplay. There’s more to it than I expected, yet it still fell by the wayside. Lovecraft’s work is clearly evident in this comic, and it feels like a comic based on the author’s writings. It is up to you, as a priest, to unravel an ancient conspiracy involving politicians and businessmen in your town. You must struggle to stay alive in the face of the residents’ insane zombie creatures. As a journalist, you’ll have access to a separate talent tree than the rest of the characters.

There’s not a lot I can tell you about this storey. The events have enough intrigue and environmental narrative to keep things interesting. In addition, the tale and settings contribute to a scary mood. The game, on the other hand, makes it difficult to process. Since combat is so fast-paced, it becomes difficult to follow your character’s conversation. To add insult to injury, there’s no place to keep a notebook or an inventory of notes you’ve uncovered.

I had low expectations for the plot going into the game, so what I found was a pleasant surprise. But don’t anticipate a compelling storey from this game. Forgive Me Father appears to be all about the action, at least based on what we’ve seen of the demo.

Read News: That Girl Lay Lay Season 2: Totally Confirmed that it will Premiere in 2022.

FORGIVE ME FATHER- RETRO PLEASURE IS THE GAMEPLAY

A trailer is all you need to know about this game. Old-school devastation has been brought back to life. Only the shotgun needs reloading, and the only technique is strafing. There is a lot of bloodshed. If you’re familiar with the genre, you can see that these devs have a deep understanding of what works, what doesn’t, and where to put those tiny details that make it stand out.

In this game, you’ll be firing or being fired at for the better part of ninety-five percent of the time. How does the game’s combat do, given that this is its primary mechanic?

It’s an excellent one. Even in the midst of a flurry of action, the gunplay remains fluid. You’ll be able to waltz past everything. With only a limited supply of ammo to work with, you’ll be swapping between your guns frequently. Every time you unlock a new one, it alters gameplay. We’ll get to that when we talk about the creatures.

Upgrades are available for each weapon, and there are several ways to get them. Duel wielding is also possible with this weapon. A grenade launcher or full automatic mode is available for the burst action gun. Allows you to adapt your gameplay style and keep the game exciting. 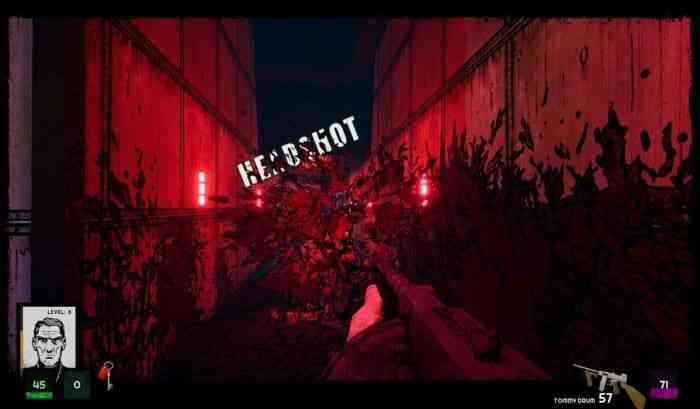 Additionally, you have a wide range of abilities at your disposal. Limitless ammunition, infinite life, and a stun power are all at your disposal. Even though they appear to be overpowering, both they and the various sorts of enemies are meticulously calibrated. There is no way to clean a room with just a few seconds of immortality. But if the fisherman (who throws explosive fish) is eliminated, the area won’t become a minefield.

But it doesn’t mean it’s devoid of strategy. The violence is fast, but you’ll need to plan ahead because there are limited save spots. You’ll also be able to complete levels faster since you’ll memorise where the enemies are placed if you perish.

Forgive Me Father, like Bloodborne, encourages players to take an aggressive approach to the game. The more you murder, the more insane you become. The more insane you are, the more harm you can give and the less damage you suffer as a result. You should be flying straight into the fray rather than ducking behind cover since adversaries continue to lose health and ammunition for a short time after they die.

The blood’s brilliant crimson colour is enhanced even further by the loss of coloration brought on by madness. If you wish to become a demi-god of death, madness is a crucial aspect of the game. As long as you don’t inflict any damage, your degree of lunacy is reverted to zero.

You can improve your equipment and abilities by using the skill trees you’ve accumulated. You may now defeat enemies who were previously unbeatable thanks to the addition of new weapons and ammo. All of the game’s mechanics promote a harsh and aggressive style of play, which is perfect for the Madness element.

In addition to the fact that it enhances gameplay, I appreciate this mechanism since it is appropriate for the character you play as. Even though mass executions are frowned upon in the Catholic Church, it’s understandable that a priest might go wild in this circumstance.

FORGIVE ME FATHER:- CARRY ON WITH YOUR PEOPLE MONSTERS.

These games’ success or failure hinges on the quality of its monsters and adversaries. Fortunately, you can rely on Byte Barrel for assistance. The variety of foes is rather pleasing. It’s not only zombies and abominations; there are also grenade-throwing fisherman and ranged liquidators. Each new adversary introduces a new challenge for the player to overcome, and it’s a pleasant addition to the gameplay. Depending on the threat, you’ll have to change up your weaponry. In order to avoid shotgun blasts, Fat Fish, for example, can split in two. There are also dynamic and ever-changing boss battles that are both tough and rewarding.

The visual approach is well-suited to each design’s individuality, making it easy to see how they go together.

When I saw the preview of Forgive Me Father, I was blown away by the small details. Not only are there countless enemies, but they also evolve as the game progresses. The AI of the opponent has also been altered as a result of these adjustments.

When you shoot a possessed person who is carrying another head, they just replace their head. Even though it’s a bit silly, I like the inclusion of this little quirk. The liquidators are another example. They begin by firing light green bullets, but after being harmed sufficiently, they decompose into a gooey skeleton mess that may be used for melee strikes.

Overall, this game’s monsters are fantastic, both in terms of design and gameplay mechanics. While some adversaries hide behind cover, others only react when you get near, demonstrating the AI’s sophistication. In order to keep things fresh, the game has a wide array of enemies and weaponry.

It is essential that the levels and maps are sufficiently fascinating and dynamic due to the shooter manner in which this game is being developed. This. Although the game starts off simple, the level design gradually becomes more complex. Both mobility choices and opponent placement make effective use of verticality and the maps interact well. A feature of this game is the ability to view portions of the map from a distance, similar to Dark Souls (which is clearly an inspiration considering the quantity of similarities). When you open a door, you’ll be taken back to a prior region, which makes exploring more enjoyable. There are some interesting additions to the gameplay, especially when the platforming and shooting are put together. It’s hard to become bored on this map because of the constant addition of new features.

Additionally, the early access sample of Forgive Me Father’s aesthetic design is a big selling factor for the game. Great job on the comic book style. It’s simple, yet it’s got a lot of information in it. Each image seems as though it came directly from a horror comic. The liquidators and Crab-Men in particular are well-designed foes with impressive visuals. The improved weaponry have incredible detailing and stunning aesthetics. 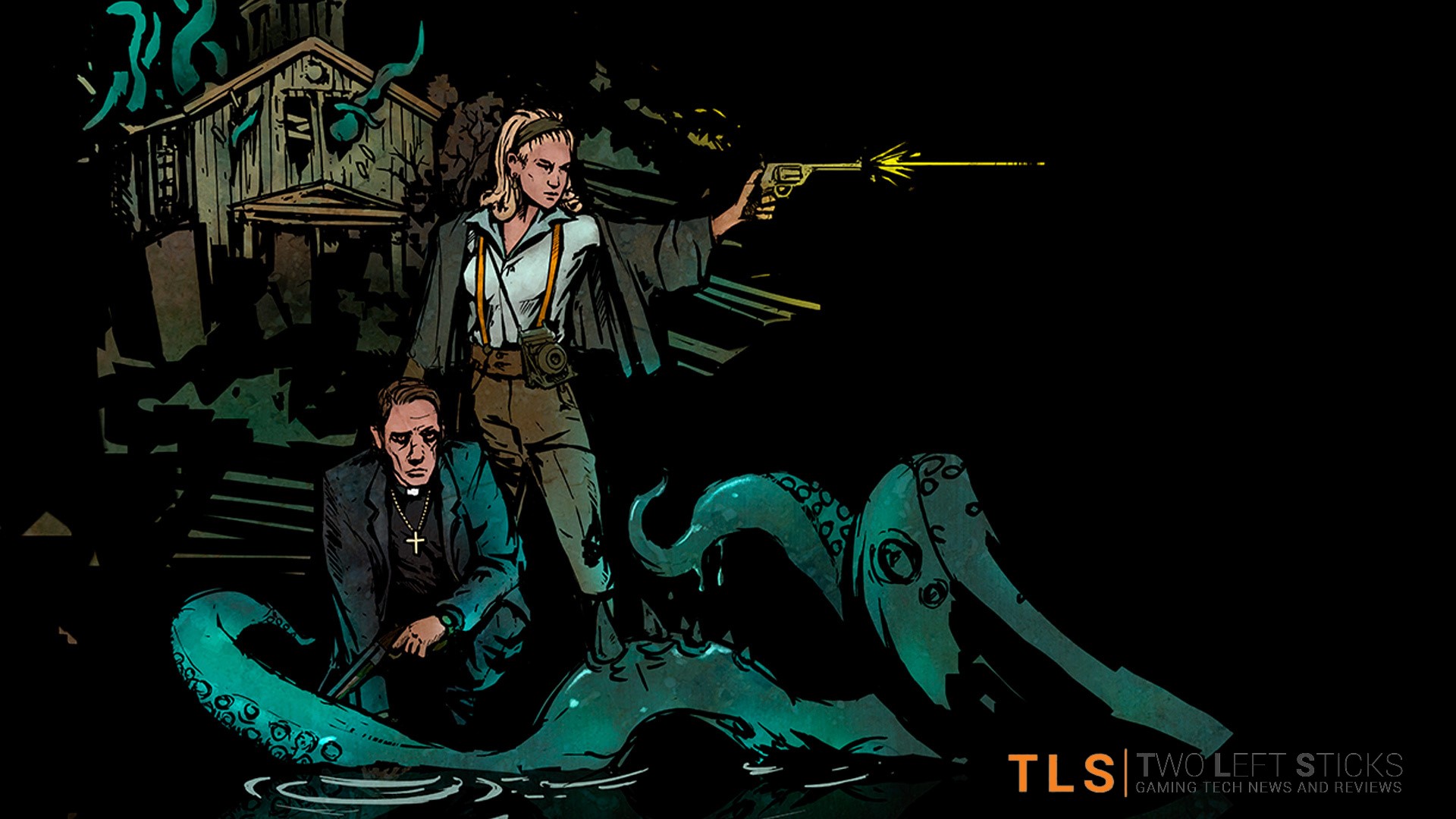 All of the 2D pieces are excellent, and the 3D settings are generally excellent. There are a number of amazing photographs to be found here. However, there are occasions when they fall flat. In addition, there is an abundance of hanging skeletons used to adorn and fill space.

Aside from those nitpicks, the game is aesthetically pleasing. As you knock out the foes in this game, you’ll see their appearance change as you go through the game’s levels. The visuals in the Forgive Me Father trailer are stunning.

Tolerance for electronica and heavy metal may be a deciding factor in how much you enjoy the sounds. Forgive Me Father receives a lot of volume in the game’s sample music. As you rip through your foes to the sound of hardcore music, you’ll feel like a true hero. If you’re not a fan of that style of music, you could find it aggravating.

The contrast between the fast-paced music of battle and the slower-paced music of peacetime is striking. No one will get bored listening to it because of the variety of instruments used. All of the weapon and enemy sounds are fantastic. The sounds of your weapons alter as you improve them to Lovecraftian weapons. The new grenade launcher and shotgun make fantastic noises with their bubbling and squelching effects.

FORGIVE ME Father: THE ENDLESS COMPASSION YOU HAVE FOR ME

Among the most recent additions to the game was an infinite mode. Potential exists, however it’s a tad boring. Enemies may be kited since the levels are well-designed. Although they are quite little, there is no way to expand them. With multiplayer, doors that can be opened, and perhaps even bosses in the vein of the Call of Duty Zombies game mode, this could be really fun! For the time being, the focus is primarily on repeated survival. When compared to the storey missions, it’s a good method to train, but not a lot of fun.

If the game had gone awry, this is what it would have looked like. Running about and firing at the target. It doesn’t detract from the enjoyment, but neither does it enhance it.