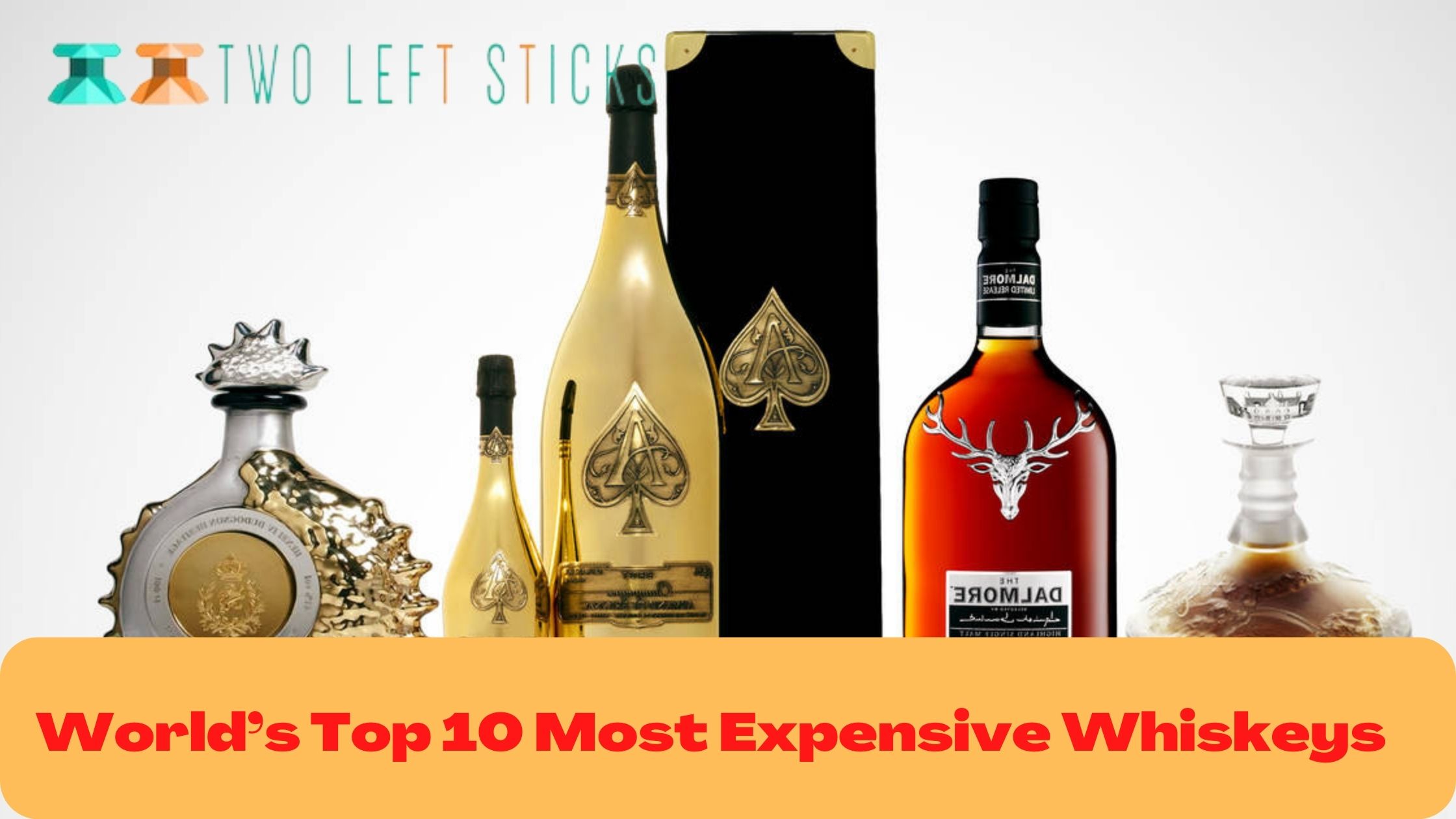 World’s Top 10 Most Expensive Whiskeys : Across the world, whiskey has always had a role in our cultural heritage, regardless of where you come from. Although you can generally get a good whiskey for a fair price, there have been bottles sold for grands of dollars because the whiskey they contain is so high quality that it is equivalent to liquid gold.To make whisky, a grain mash that has been fermented is distilled and then aged in barrels. Cereal grains such as barley, rye, and wheat are used in most situations. Whiskey was a popular kind of currency in the state of Pennsylvania in the 18th century, and it’s intriguing to understand that. The most remarkable element of this phenomenon is that most premium whiskey bottles are expensive not just because of their age, quality,or flavor but also because of the barrels in which they are stored.“What whiskey won’t heal, there is no solution for,” according to a well-known Irish proverb.

Following is the list of World’s Top 10 Expensive Whiskies : 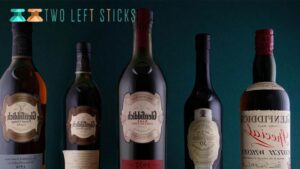 In our opinion,Glenfiddich 1937 is the most exciting whiskey in the world because of its rich flavor profile, which contains notes of molasses and chocolate, as well as traces of charred heather and cedar. Less than sixty bottles remain for sale, and the last one sold recently was in 2012 for $711,000 at a public auction in New York City. 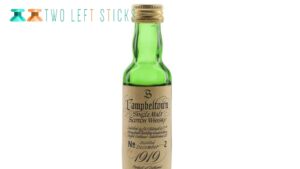 The 1919 Springbank is undoubtedly one of world’s most sought-after whiskeys, and its inclusion on this list is unquestionably justified. According to the Guinness Book of Records, this whiskey used to be the “most exorbitant whiskey in the world when it sold for $78,000. However, it came down to number nine. 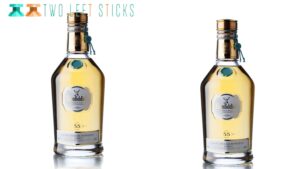 An auction in New York City sold one of just 11 bottles in 2012 for $94,000,making it to the list of most expensive whisky. A person’s immediate reaction is to focus on the color and aromas of pear, barley, and heather, to distinguish this whiskey from the others on our list. As a whole, it’s an intriguing whiskey with an unusual flavor profile. 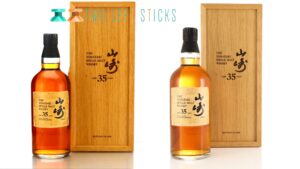 This 35-year-old Yamazaki single malt whiskey is a bright example of Japan’s increasing star position in the whiskey industry. For $98,925, it is the most expensive bottle of Japanese whisky ever made. 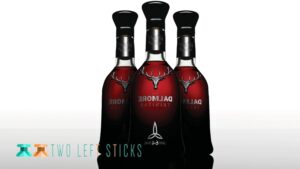 It is the blend of the distillery’s finest and most difficult-to-find vintages. Because each bottle includes whiskey that is almost older than a century, just three bottles were ever made, as the name implies. With a price tag of $160,000, it was one of just three bottles ever put on the market. 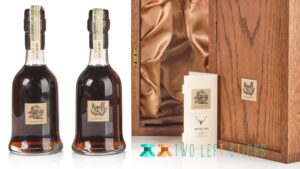 The crystal-platinum decanter that contains whiskey was crafted more than a century ago, in the middle of the 19th century, like the Dalmore 62 from the preceding paragraph. According to one account, manufacturing the hardwood mold took over a hundred hours. This decanter and whisky are worth every penny it costs,making it the fifth most expensive whiskey in the world. 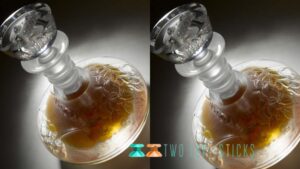 To some extent, the price of this whiskey is influenced by how it looks housed in a Lalique crystal decanter, a work of art on its own. That being said, the quality of the whiskey is undoubtedly excellent. The actual whiskey offered is a blend of three separate types of whiskey, all aged in oak barrels from Spain, dating back to 1942, 1945, or 1946. Since it sold for an eye-popping $464,000 at auction in 2010, a Macallan 64 bottle adorned with a Cire Perdue design by Lalique has remained a mystery. It is probably reasonable to assume that its owner, whomever they may be, is showing it out with a lot of pride wherever they are. 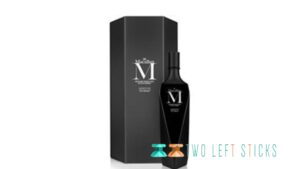 Because of its appearance and quality, the Macallan M is a worthy entrant into the world’s top three most expensive whiskeys. The decanter is made of beautiful translucent faceted crystal, and the cork is one of a kind. Single malt Scotch whiskey from this distillery has been matured in Spanish oak for at least 25 years and up to 75 years. The age limit is 25—the $629,205 paid for it at auction warrants the flavor. 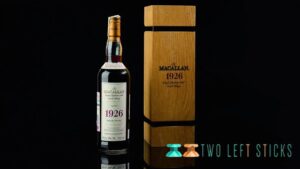 Another Macallan whisky, the 60-year-old 1926 Macallan, made our list. As part of “The Perfect Collection Part One,” Whisky Auctioneer auctioned this exact bottle in 2019. It fetched $1.8 million at auction. This bottle is notable for several reasons beyond the fact that it contains excellent whiskey. To put it another way: It was the sixth time in history that a standard-sized bottle of whiskey sold for more than $1 million, and it still holds that record today. As a first step, it set a new world record for the most expensive scotch bottle ever sold. It was also the first time a bottle of whisky was sold online for more than $1 million.

1. Isabella’s Islay, At $6.2 Million, Is The Most Expensive Whiskey In The World. 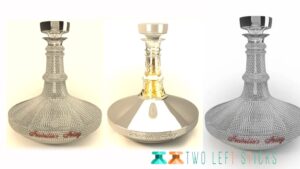 As expected, this was the most popular item on our list. In addition to the whiskey contained within, the bottle itself is a work of art in its own right.The decanter, constructed of white gold and encrusted with 8,500 diamonds and 300 rubies,is commonly mistaken for the bottle’s contents when determining its price. However, this is not the case. Because of its outstanding quality, many consider Isabella’s Islay whiskey the pinnacle of premium Scotch whiskey. There are only a few bottles of Isabella’s Islay whisky left.We’ve reached the end of our list of the world’s most expensive whiskeys. No, we didn’t forget about any. What else would you want to see included on this list? In the comments area below, please tell us what you think.

FAQ’s About Most Expensive Whiskeys

Q: Which is the most priced shot of whisky?

Q: Which is known to be the most expensive whisky bottle in the world?

Q: Does whisky ever expires? 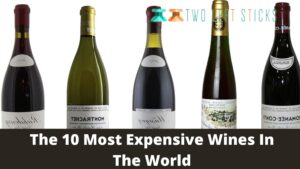 Previous post The 10 Most Expensive Wines In The World – Twoleftsticks 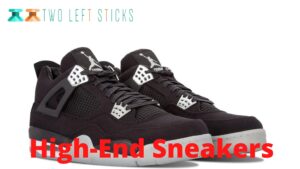 Next post Top 10 Most Expensive Sneakers In The World ! Twoleftsticks.
Gary Wood

Who is my Guardian Angel? You might wonder about this in your day-to-day existence, and you might be completely conscious...