HomeCelebrityTom Brady Before and After- Is it true that he has had...
Celebrity

Tom Brady Before and After- Is it true that he has had some work done on him? 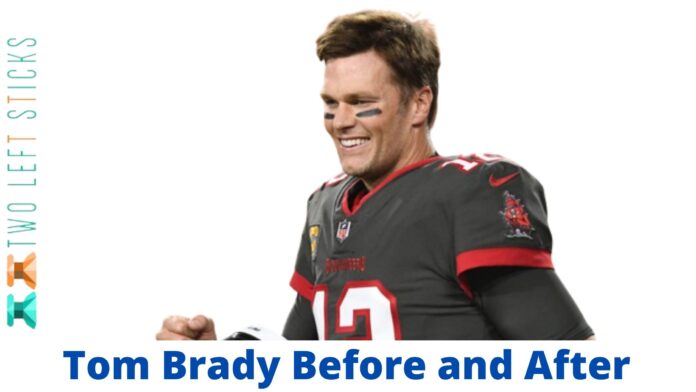 Tom Brady Before and After: Tom Brady is widely believed to have undergone several plastic surgery procedures after a Twitter thread by a plastic surgery consultant showing him at different ages and analyzing the changes in his face went viral. He is said to have gotten rhinoplasty, a hairline transplant, jaw implant, jaw fillers as well as veneer. Some fans seek Tom Brady’s plastic surgery video.

Tom Brady is an American football quarterback who currently plays for the Tampa Bay Buccaneers of the National Football League (NFL). He began his football career with the New England Patriots, with which he spent his first 20 seasons.

There he was a central contributor to the franchise’s dynasty from 2001 to 2019. He is widely considered to be the greatest quarterback of all time. Previously, we touched on the plastic surgery efforts of Chaney Jones and I’m Soo-Hyang. 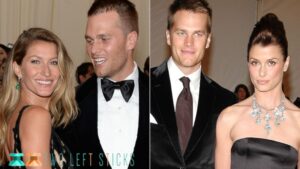 The name of Tom Brady (@tombrady) had been splashed on every newspaper in the sports section following his indication about his retirement from the NFL just about six weeks ago.

And now he’s right back in the news again after ceremoniously reversing his retirement and casually confirming his return to Tampa Bay Buccaneers in 2022. He is really hogging all the limelight even if it was not on purpose. So, naturally, this entire retiring and then not retiring deal has invited a lot of attention to the player, which has made him once again a subject of plastic surgery queries.

Read Also: Farrah Abraham Before And After- After her Plastic Surgery, she was Unrecognizable.

Due to his recent professional and personal actions, as well as rumors about plastic surgery, he’s being targeted by the internet for his speculations, which are subsequently validated by professionals, all of which began when non-experts made assumptions with a disclaimer. Let’s go back to the beginning, to the commencement of it all. When Kosmetic Krys, a Twitter user who claims to be a cosmetic surgeon consultant, posted a thread on a Monday in 2021 evaluating the changes in Tom Brady’s face and blaming some of them on plastic surgery, it was a trending topic. 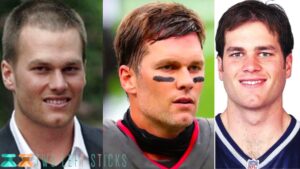 She continues the thread by analyzing all of his headshots over the years, which were carefully chosen to demonstrate everything from small changes in his hairline to bigger changes in his nose and his jawline, perhaps because it is too far-fetched and difficult to show plastic surgery by putting up two pictures taken two decades apart. As you look at the photos, you can’t deny all those subtle differences in his face.

These two headshots, taken side by side, illustrate how delicate and precise Tom Brady was in his makeover, according to Kosmetic Krys, who created the comparison to highlight how his transformation progressed.

His jawline doesn’t look the same. But what she can’t exactly tell us is when he switched from fillers to the implant. Some experts also weighed their opinion given that the debate had started on Twitter. A plastic surgeon from New York Jennifer Levine suggested that the glorious hairline Tom Brady possesses is not compatible with a man of his age so, he must have enjoyed hair enhancements over the years. 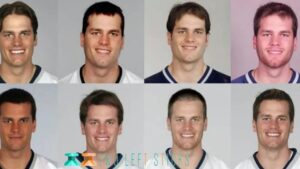 Q: How old is Tom Brady?

Q: What was Tom’s name before he became famous?

A: His full name is Thomas Edward Patrick Brady Jr.

Q: How much money did Tom have?

Q: What kind of work does Tom do?

A: He is a football player from the United States.