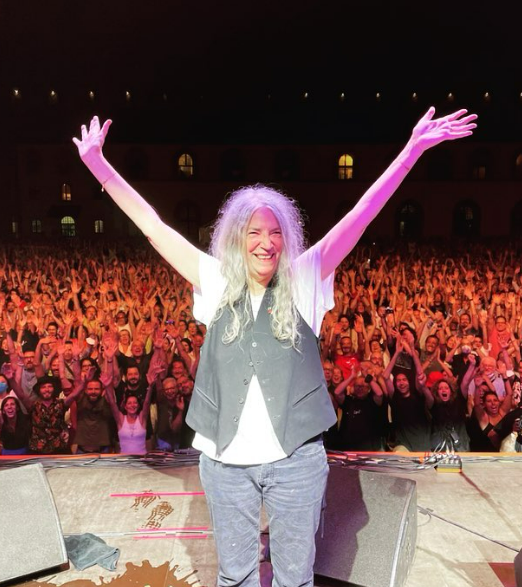 With her debut album Horses in 1975, Smith became a significant figure in the New York City punk rock scene. Patricia Lee Smith was born on December 30, 1946.

Smith, known as the “punk poet laureate,” combined poetry with music. The song “Because the Night,” which she co-wrote with Bruce Springsteen, is her most well-known. In 1978, it peaked at 13 on the Billboard Hot 100 chart and 5 in the UK. The French Ministry of Culture honored Smith with the title of Commander of the Ordre des Arts et des Lettres in 2005. She was admitted to the Rock and Roll Hall of Fame in 2007.

Smith’s book Just Kids won the National Book Award on November 17, 2010. She had promised her former long-term companion Robert Mapplethorpe that the book would fulfill that pledge. Petti Smith was awarded the 2011 Polar Music Prize and ranked 47th on Rolling Stone magazine’s list of the 100 Greatest Artists published in December 2010.

With her dedication to innovation, Smith has emerged as a leading figure in the entire rock scene. In contrast to many of her punk peers, Smith has never believed that anyone’s urge or demand for expression will end when they reach their chronological age. She is among the best lyricists in punk history, but her overall songwriting should also be praised since it fulfills the promise of her performance with each echoing, game-changing, and life-altering phrase.

Patti Smith – Because the Night pic.twitter.com/q0HNSOQgEm

Five of our all-time favorite Patti Smith tracks are presented below.

By the 1980s, commercialism had essentially absorbed the aggression of punk. Even though Patti Smith was at the head of a movement that helped many irate teenagers come to terms with their feelings, she nonetheless endured the same problems as rock ‘n’ roll as it fought to gain traction in the new era of lycra and leg warmers.

Smith had decided to disband her band after Wave and postpone recording for almost ten years. They tried to organize a protest against the decade’s demands when they returned with Dream of Life. The title tune is one of the album’s best songs, describing Smith at her most melancholy.

Patti Smith has maintained a successful career in the twenty-first century, and thanks to a wide range of skills, she has discovered that she is still critically relevant today. Smith released the excellent album Trampin a few years before her 2007 release of Twelve, which was entirely made up of covers.

Undoubtedly one of Smith’s most stunning tunes was found on that record. As Smith sings, “I wanted to tell you that your tears were not in vain, but I believe we both knew we’d never be the same,” a genuine moment of balance and a moving song is presented.

Smith’s 1975 debut album Horses is a must-have on the list, but it would only be possible to choose one song from it. One of the most incredible beginning lines of any song or album is the lyric from the song “Gloria” that begins: “Jesus died for somebody’s sins but not mine.”

Smith’s pairing of the song “Gloria” by Van Morrison with the poetry “Oath” proves that no artist is unique and no artist is quite like Patti Smith. She frequently incorporates songs by other musicians who have inspired her, reminding her that creation and inspiration coexist.

Horses, released in 1975, indeed had some of the most intense and violent sounds the world had ever heard, but one song, “Redondo Beach,” managed to both look to the future and reflect on the past. The song, which recalls the summers spent lazing in the lap of the waves, is among the album’s cheeriest songs.

Most punk bands who started the movement in the late 1970s had it tough in the 1980s. Most bars had either burned out, disbanded, or shifted their focus to chart ascent. Smith’s 1988 CD Dream of Life shows her unwavering skill.

In “Paths That Cross,” Smith’s tender moments stand out. There is beauty in discovering a previously overlooked soft side of a previously believed diamond in the rough. 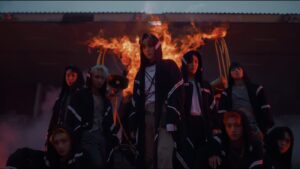 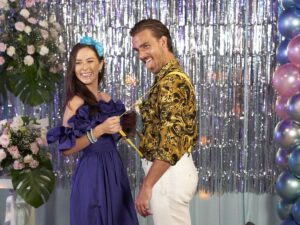