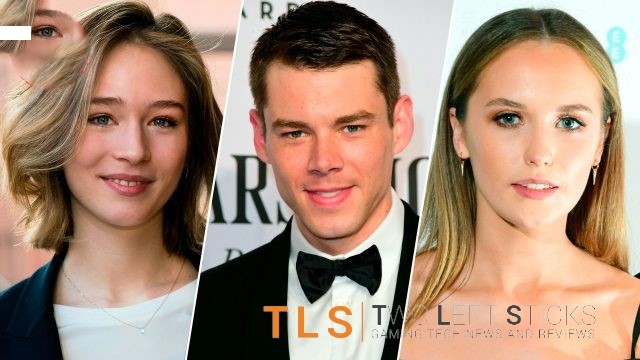 World on Fire Season 2 News: The BBC and PBS’ Masterpiece Theater hit it out of the park with “World on Fire,” a massive World War II drama. The star-studded series follows the exploits of people in cities as diverse as Manchester, Warsaw, Berlin, and Paris, among others, when World War II officially begins in 1939. Season 1 of the PBS series “World on Fire” aired in Europe in September 2019, with a PBS broadcast in the spring of 2020. Since then, fans have been waiting for news of Season 2 with baited breath.

Despite the fact that production has been delayed due to the epidemic, Season 2 of “World on Fire” will air as scheduled. In fact, in a 2019 interview with Radio Times, the show’s creator, Peter Bowker, stated that he has the characters’ journeys planned out over the course of six seasons. He commented, “I know what happens to the important characters throughout the course of six series.” “When proposing a show, a lot of people want to know what happens in series four, episode three. ‘How is this character going to end up?’ You must be aware of the circumstance while maintaining an English demeanour.”

Of course, this does not guarantee that the show will be renewed for a sixth season, but fans can rest assured that Season 2 is on the way — and, even better, Bowker and the cast have revealed some details about what viewers can expect to see when the show returns.

There is no news on when the series will be released at this time. Because production began in 2021, we can expect the new season to premiere in mid-2022 or the first half of 2023.

On the other hand, the PBS Masterpiece Theater website has stated that “World on Fire” will be returning to the network for a second season, while emphasising that it is “too early” to speculate on how many episodes will be broadcast or who will be in the cast of the show.

Because of the epidemic, the production schedule for “World on Fire” was rescheduled, as was the case for a slew of other series and movies. Although no official launch date for Season 2 has been announced as of yet, it was revealed in the comments area of an Instagram post from the show’s official account in October 2020 that filming would begin in the summer of 2021. On the same note, the PBS Masterpiece Theater website has confirmed that “World on Fire” will be returning to the network for a second season, but has cautioned that it is “too early” to speculate on how many episodes the show will have or who will star in it.

Susanne Simpson, the executive producer of PBS Masterpiece, revealed in a 2019 interview with Town & Country that Season 2 will focus on the year 1940 and how World War II affected people throughout the United Kingdom and Europe during that pivotal period. Additionally, Bowker has already previewed several of the big storylines for the upcoming season. “There will be a meeting between Kasia [Zofia Wichlacz] and Lois [Julia Brown] in Season 2, and the aftermath from that meeting, I believe, will be exciting and engaging for everyone,” he stated.

Read More: Misfit Season 2 The Series: Release Date, Cast, and Plot – Everything We Know So Far

“Historically speaking, Season 2 will begin with the blitz in the northwest of England,” Bowker explained further. “And North Africa will be a major battleground in the coming years. In this episode, we’ll learn more about Webster’s [Brian J. Smith] family background. After crossing a line, Nancy [Helen Hunt] will be forced to leave Berlin in the beginning of the series, and we will learn more about Nancy besides that. She will almost certainly be in the Soviet Union for a portion of it.”

He also stated that after accepting Vernon’s proposal at the end of Season 1, Lois will be trapped in a “Bronte-Esque, loveless marriage with Vernon.” A marriage without love, in the eyes of Lois (Arthur Darvill), promises security for her and her daughter; nonetheless, Lois’s strong and independent nature may suffer as a result of the relationship.

As of this writing, the trailer for the second season has not been released. For the time being, you can view the Season 1 trailer, which is included below: