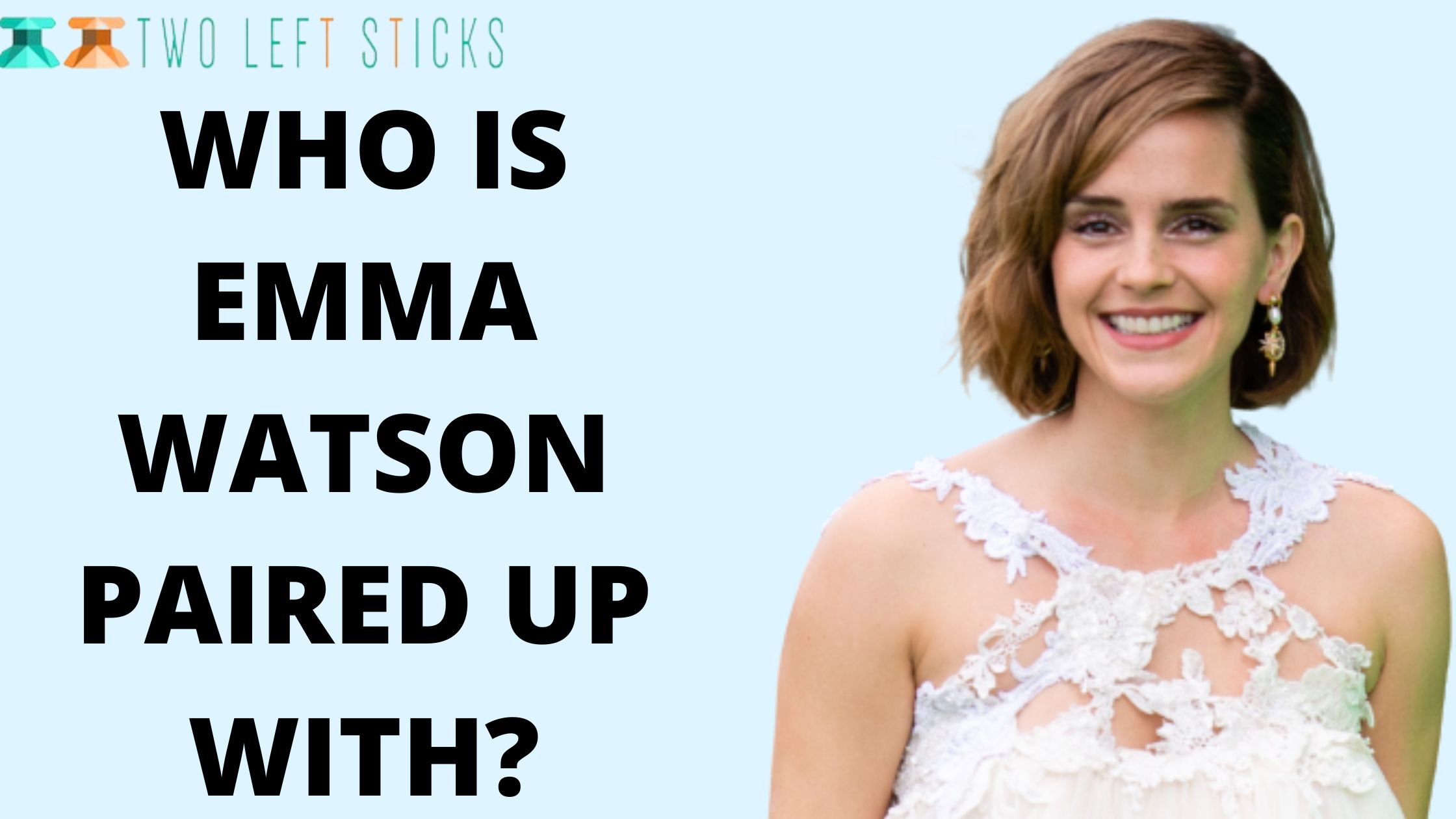 WHO IS EMMA WATSON DATING: Emma Watson discussed the challenges she faces dealing with the constant speculation over her romantic relationships she told Glamour in 2012. “Anyone I get taken with is automatically my lover,” she added. “Anyone I get photographed with.” “So it just makes it look as if I’ve had, like, 6,000 boyfriends!”

It is obvious that Emma has not had 6,000 boyfriends, but it is also obvious that she has had several. And it’s possible that she’s already taken! But before we get into it, let’s take a quick look at some of Emma Watson’s past relationships, shall we? 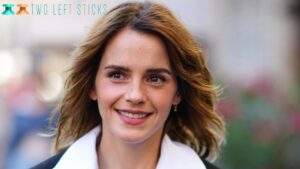 A great number of people were under the impression that the two exes of Harry Potter had dated at one point or another. Over the course of the previous few years, the rumour mill has been operating at full capacity, particularly after Tom Felton posted a couple images of the two together on Instagram in April 2019.

The actor claimed in an interview that he and Emma had been “extremely close” for a significant amount of time and that they constantly communicate with one another. “If it makes any kind of sense at all, we are something. Since we first met, our relationship has been one of great intimacy. She is precious in my eyes. I have the highest regard for her. It would be nice if she acknowledged the praise.

“I think that the romantic element of it is more of a Gryffindor / Slytherin thing rather than an Emma and Tom thing,” he added. “I have the highest regard for her in every way. Emma was the only girl and the youngest one on the sets, and to grow up with what she had to grow up with was very exciting. But I have to say that I believe she is a truly positive force in the world.

During an interview that she gave in 2012, Watson also admitted that she had a crush on Felton. She explained, “When I was 10 or 12, I had an extremely unhealthy infatuation with Tom Felton.” “he was three years older and he had a skateboard” “We love a terrible guy.” She went on to say, “He used to perform stunts on it.” It was so cool. He was completely aware that I had a crush on him. The interesting thing is that he would turn around and say something like, “Oh, I view her in a sisterly sense.” And the thought of that still makes me sick to my stomach. 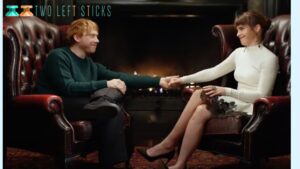 Who Is Emma Watson Dating?

Tom Ducker, a rugby player, was Emma’s first partner in a relationship that was known to the public. Reportedly, they dated for almost one year in 2006/2007 before breaking up because Emma wanted to put more of her attention into her career and school.

After that, Emma had a relationship with British financier Jay Barrymore in 2008, which lasted until 2009. Because Emma was attending Brown University in the United States throughout the period, they were together, theirs was a long-distance romantic relationship. According to “the transatlantic difference proved to be too great for their relationship to withstand,” the couple broke up because of the distance between them.

When Emma Watson and Rafael Cebrián, a Spanish singer, were spotted together in November 2009 in New York City at a New York Rangers game. It was the first time that their names were associated with each other. The couple went their separate ways in May of 2010. Watson stated that she and Cebrián  became friends after they met at the in London at Royal Academy of Dramatic Art, when she gave an interview to News of the World. She denied dating Cebrián at any point in time. “I’d like to set the record straight. I am not seeing Rafael. He is just a friend. It’s been a few years since we met and since then he’s been showing me around the university,” she remarked.

When they were both working on a commercial for Burberry in 2010, Emma Watson and the model George Craig became friends. In July of that same year, Watson was featured in the music video for the song “Say You Don’t Want It,” which was performed by Craig’s band One Night Only. During that time, Watson gave an interview to Radio One in which she gushed about the music of the person she was reported to be seeing.

We are SO excited to announce we are working with @renireni, Rebecca Solnit & @emmawatson to support their public history project to reimagine @TfL’s classic Tube map. #cityofwomenlondon will celebrate women who’ve made their mark on the city. Get involved https://t.co/Uc5l7OuUSm pic.twitter.com/ZQpYecwaqj

In 2011, Emma Watson and Johnny Simmons, who appeared alongside her in the film The Perks of Being a Wallflower in 2012, dated for a period of a few months. (During the course of the film, Watson portrayed Samantha “Sam” Button, and Simmons took on the role of Brad.) After being seen on camera sharing a passionate kiss while on a hike in Los Angeles in August 2011, Watson and Simmons were officially introduced to the public. They were quite open and weren’t trying to disguise the emotion they had for one another, as evidenced by the fact that they were holding, hugging, and playfully kissing each other.

There were reports that Prince Harry and Emma Watson dated in 2015, before to Harry’s romance with his now-wife Meghan Markle. The purported date took place in London. NEmma and her boyfriend Leo Robinton have been secretly dating for close to three years at this point, and their relationship appears to be progressing toward a more committed stage. She has reached her adulthood.

It is time to do a little bit more research into who Leo Robinton is in order to determine whether or not he is genuinely deserving of the possibility of becoming Emma’s future fiancé now that it is likely that Emma just might be with Leo for the long haul. 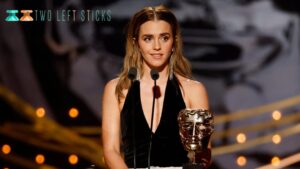 When photographs emerged online in October 2019 showing Emma kissing a man who was known only as a “mystery man” at the time, Leo, in a public setting in London, people were going about their daily lives when the photographs were taken. On social media, he maintains an extremely discreet profile.

After her images of kissing her new mystery man got published in April of 2020, the additional attention frightened the guy, and the outlet said that he swiftly deactivated all accounts of his social media in order to safeguard his and Emma’s privacy; respectable move on his part! However, it appears that he may have revived it in the time since then. Don’t get your hopes up about lurking on Instagram because the page is locked and there are only four posts on it.

The fact that Watson and Robinton are currently in a relationship is not well known, which is exactly how the two of them would like to keep it. According to the information provided by that source at the time, both of them “did all in their ability to keep the relationship a secret” a practice which appears to have maintained since then.

The information was also provided by the source that Robinton communicated with Watson’s family. According to the insider, Emma took their relationship with Leo to the next level when she introduced him to her parents. It wasn’t long after Emma and Leo first met that the two of them had their first supper together in London.

In 2021, the romantic connection between Watson and Robinton is still extremely unusual because both of them have been able to keep their personal lives apart. But despite Watson’s representative claims that Watson’s acting career is on backburner and that the actress “is not taking on any new projects,”

According to the information provided by that source, Emma “has been spending time with Leo.” They are keeping a low profile. Perhaps she is looking to start a family. Watson has not provided any comment regarding the nature of her relationship with Robinton. Since August 2020, she has not been posting on any of her social media accounts, including Twitter and Instagram. After some time, Watson’s representative stated unequivocally that their client is not retired. The manager of United Entertainment, Jason Weinberg, provided a statement to Entertainment Weekly in which he said that “Emma’s has not been posting on social media accounts.”

“This is the happiest anyone has seen her in a relationship.” They are extremely close to one another in every conceivable way and spend all of their free time together. The insider also mentioned that they are not planning to get engaged in the near future. “Emma is so in love and looking forward to long term future, but she wants to take things slow” the insider said further. “Emma is all in and has her heart set on a long-term future.”

“She was a little irritated when people started speculating about her engagement, but it was all about her privacy” the author writes. Friends of both her and Leo fully anticipate that they will make their relationship public at some point in time, but for the time being, they are content with how things stand between the two of them. The fact that they trust and love one another is the most important thing in their relationship.

It is estimated that Emma’s net worth is $85 million.

Q: Give a few interesting facts about Emma Watson?

A: Some of the interesting facts about Emma are:

1) Emma Watson is English, but she was born in Paris and spoke a little French.

2) She is of Turkish & British descent.

4) Emma is in the Guinness Book of World Records as the Highest-Grossing actress of the decade.

A: Emma likes to journal. She has 30 different journals. Each journal is for specific subjects. Some topics are acting, yoga, dreams, people she met, and advice she has been given throughout her career.

A: it was rumored that Emma was dating Prince Harry in 2015, but it was later revealed that they are just friends.

Q: How much does Emma make per movie?

A: Emma’s per movie remuneration is around $3 million. She earns millions from brand endorsements and sponsorships. She took a share of profit from Beauty and the Beast to be approximately $15 million. 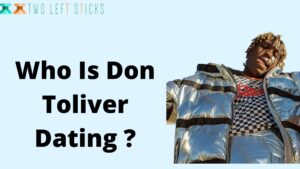 Previous post Who is Don Toliver Dating? His Relationship timeline! 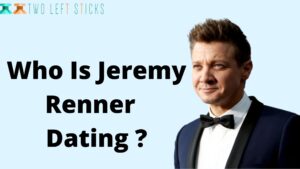 Next post Who Is Jeremy Renner Dating? His Love LIfe & Hookups
Ana Simpson