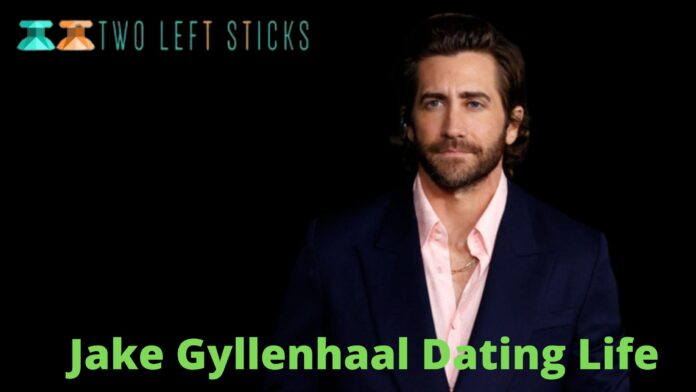 Jake Gyllenhaal Dating Life : Jake Gyllenhaal is an American actor. He made his debut in the film City Slickers as an actor. After that, he appeared in his father’s films Homegrown and A Dangerous Woman. His breakthrough performances came in the movie October Sky (1999) as Homer Hickam and Donnie Darko (1999) as a psychologically troubled teenager (2001). Jacob Benjamin Gyllenhaal was born in Los Angeles, California, on the 19th of December 1980. His mother comes from a Jewish family, and his father’s side of the family has ancestry that is Swedish, English, and Swiss-German.

At the age of 11, he made his debut in the film comedy-drama City Slickers (1991), in which he played the son of the character played by Billy Crystal. In the following years, his parents consented to him trying out for roles in productions, but they routinely disallowed him from performing in those roles if he was cast. It allowed him to make multiple appearances in his father’s films. His parents insisted that he find jobs over the summer to provide for himself. As a result, he worked as a lifeguard and a busboy at a restaurant owned by a family friend.

After receiving his diploma from the Harvard-Westlake School in Los Angeles in 1998, Gyllenhaal continued his education at Columbia University. After two years, Jake decided to pursue a career in acting instead of continuing his education. In the late 1990s and early 2000s, he made a name for himself in several films, including the period drama October Sky (1999), his breakthrough film. He also starred in the psychological thriller Donnie Darko; he was nominated for Best Actor at Independent Spirit Award. For his portrayal of a psychologically troubled adolescent, he received the nomination. 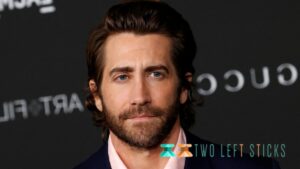 The science fiction disaster movie “The Day After Tomorrow” starred Jake Gyllenhaal. Gyllenhaal was recognized with a BAFTA Award and a nomination for an Academy Award for his performance as Jack Twist in Ang Lee’s film Brokeback Mountain. His career advanced with leading roles in the movie Zodiac, Love and Other Drugs, and Source Code, another science fiction movie.

Additional acclaim was garnered for him for his roles in the films Enemy and Prisoners. Jake’s portrayal of a troubled writer in “Nocturnal Animals” and his performance as a journalist in “Nightcrawler” earned him a nomination for “Best Actor in a Leading Role” at the BAFTA Awards. His performance as Mysterio in the Marvel Cinematic Universe superhero film Spider-Man: Far From Home financially brought in the most money for him. In addition, he starred in The Guilty, Velvet Buzzsaw, Ambulance, and Wildlife.

In the upcoming Disney animated film Strange World, which is scheduled to be released in November 2022, Gyllenhaal will provide the voice of a farmer. Additionally, he is expected to appear in The Interpreter. It has been reported that he will play the role of film producer Robert Evans in Francis and the Godfather, a movie that will chronicle the making of The Godfather in 1972. 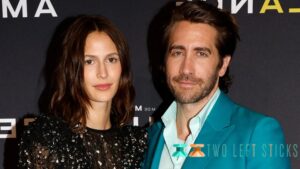 Jake Gyllenhaal has had his fair share of high-profile relationships and breakups that have garnered headline-worthy attention throughout his career. Kirsten Dunst and Jake began a romantic relationship. After being put together by Maggie Gyllenhaal, Jake’s sister, the two went on a two-year relationship and even lived together in the Hollywood Hills. Ultimately, the two people could not make their partnership work and decided to part ways in 2004. The actor was rumored to have an affair with high-profile movie stars such as Natalie Portman and Reese Witherspoon.

However, his brief fling with Taylor Swift is one of the most memorable relationships he’s ever had. Late in 2010, the “Gorgeous” singer and the actor started a romantic relationship, but the honeymoon phase of their relationship didn’t last very long. Jeanne Cadieu, a French model, and Jake Gyllenhaal have been romantically linked since the latter half of 2018. The celebrity has been tight-lipped about his relationship with the woman born and raised in France, but in May of 2020, he indicated that he was prepared to settle down.

Jake Gyllenhaal’s net worth is estimated to be $80 million. 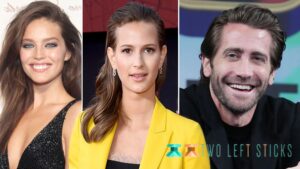 A: Reese began dating Jake while filming for Rendition. The couple split after three-year of relationship in December 2009.

Q: Has Jake performed on stage?

A: Jake has done theatre and plays in West End and Broadway productions. He was even nominated for Tony Award for Best actor in a play for Sea Wall /A Life.

A: Jake has studied Buddhism; he does try to practice mindfulness.

A: The actor & singer met when they were filming Saturday Night Live in 2010. Before that, they met at a dinner party given by Gwyneth Paltrow and her ex-husband Chris Martin.