Female wrestling has become more and more popular among the WWE fandom.

A list of the top 10 Hottest female superstars who have been in the business for a long time and are still maintaining themselves throughout history.

Rosa’s real name is Milena Leticia Roucka. She was born in Vancouver, Canada, on October 25, 1979.

Roucka made her debut in the WWE industry in 2006 and is currently residing in Pittsburgh, Pennsylvania, US.

She has recently retired this year, but she’s one of the fittest wrestlers anyone could ever see.

After retiring, she started modeling and will pursue her career in the modeling industry.

AJ is one of the prettiest divas in WWE. Her real name is April Jeanette Mendez. She was born in New Jersey, US, on March 19, 1987.

A J is a graduated advocate. She’s even written a book on mental health apart from her wrestling career.

She started off as a part-time wrestler but turned it into a full-time dream. She found love in the arena and married CM Punk.

Peyton Royce is an Australian wrestler and model. Her real name is Cassandra Lee McIntosh.

She was born on November 10, 1992 in Sydney, Australia. Cassie is currently residing in Orlando, Florida, US, and is doing great in her career.

She started wrestling in 2009 with Billie T as a duo but is not playing independently around the circuit.

Peyton has a great fanbase and is known to be one of the sexiest out of the lot.

Trish is one of the most beautiful wrestlers in the WWE industry.

Her fans wait around the arena just to get her glimpse. Her real name is Patricia Anne Stratigeasl.

She was born to John and Alice Stratigias and had two more siblings to grow up with.

Trish broke many hearts when she got married in 2006 to Ron Fisico.

She’s currently 45 years old and still rocking that perfect body, and that’s why she’s one of the hottest wrestlers in the history of WWE.

Read More: The Lincoln Lawyer Season 2: Everything We Know So Far!

Torrie is a classy face with a hot muscular body. Her full name is Torrie Anne Wilson.

She has been a part of the wrestling industry since she appeared in WWC back in 1999.

Her storylines changed according to games, while she was also featured on many magazine covers like playboys.

Torrie does modeling too, and has been doing well.

She is currently living in LA, California, US, and has been married to Justin Tupper since 2019.

Maryse’ full name is Maryse Ouellet. She was born in Montreal, Canada, on January 21, 1983.

The woman has won several pageants and is known to be one of the most beautiful and toughest divas on WWE.

She began her career with modeling before she became a wrestler.

She’s currently living in Thousand Oaks, California, US, with her husband, The Miz( famous WWE wrestler), since 2014.

The Bella Twins are a duo of two extremely hot and good-looking wrestlers, Nikki Bella and Brie Bella.

The pair debuted in 2018. They belong from California.

Nikki was into modeling before she entered the world of WWE and was also an established actress for a long time.

On joining WWE, the girls saw a very successful career and are known to be the most desired twins in the ring.

She entered the world of wrestling through WWE in 2013 and has earned tremendous recognition in a minimal amount of time.

She’s won the championship three times and proved herself repeatedly in all her matches.

She is undoubtedly one of the most beautiful and competitive female wrestlers on WWE.

She’s currently living in Florida, US.

She was a successful television artist until WWE signed her.

Her wrestling career began in 2016, and she has been doing great.

Her real name is Catherine Joy Perry, and she’s married to Miro since 2016.

Stacy is one of the hottest divas on WWE. She has a huge fanbase as a WWE wrestler who also serves good looks and the hotness quotient in the ring.

She is known for her long beautiful legs. Her full name is Stacy Ann-Marie Keibler.

She retired from WWE in 2006 but still grabs a spot when we speak of the hottest WWE wrestlers to date.

Married to Jade Pobre, they now live in Jackson, Wyoming, US.

She is now a mother of two beautiful children.

Q:Who is the hottest girl in WWE?

A: Charlotte Flair is currently the hottest in WWE 2022. She is the daughter of WWE legend Ric Flair.

Q:Who is the prettiest in WWE?

Q:Who makes the most money among female WWE wrestlers?

A: Ronda Rousey tops the charge list as she is known to be the richest, with a net worth of $13 million.

Q:Who is the wife of Triple H?

A:Stephanie McMahon is now the Chief Brand Officer of WWE. 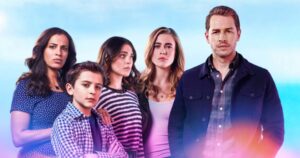