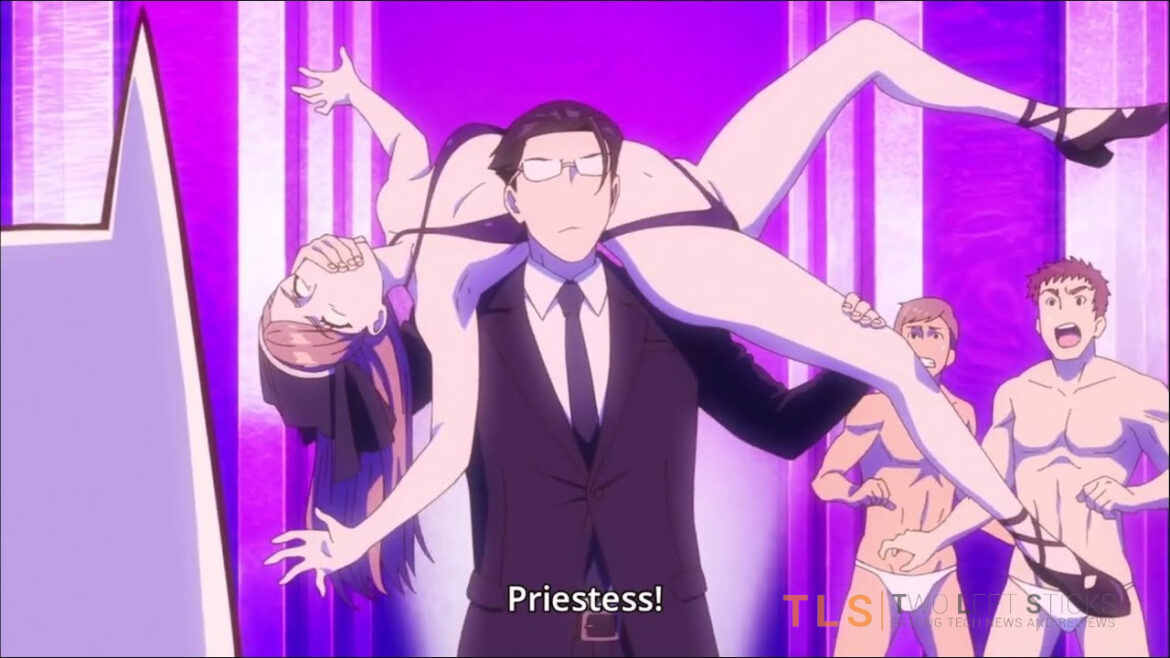 A Japanese animation studio, OLM Team Yoshioka, created the first season of Fabiniku. As the studio’s name suggests, Studio OLM, the firm behind the Pokemon TV series, including Pokemon Master Journeys, is one of the 11 teams under its umbrella.

Season 2 of Komi Can’t Communicate (Team Kojima) was also published by Studio OLM in the first half of 2022. (also Team Kojima).

No online novel or light novel series was adapted by the anime, unlike other isekai anime. Instead, the animation is based on the Cygames-published manga title Total Fantasy Knockout.

Aside from video games like Princess Connect! Re and Uma Musume: Pretty Derby, Cygames has recently branched out into other types of entertainment. Anime director Nobuhiro Takenaka, of Cygames Pictures, remarked on the company’s shift away from making iPhone/Android game apps in May 2021.

Director Sayaka Yamai was in charge of the anime’s first season. This was the first time the director had been in charge of the project. Odd Taxi and Major 2nd Season 2 are two of Yamai’s previous credits as an episode director.

Toshimitsu Takeuchi (YuGiOh! Sevens, a few Haikyuu!! screenplays) was in charge of the show’s overall structure. Characters were designed by Odd Taxi episode animation director Aoi Yamato. The soundtrack was composed by Takeshi Watanabe (Otherside Picnic, The Duke of Death and His Maid Season 2).

The OP (opening) and ED (ending) theme song music for Season 2 of Total Fantasy Knockout has yet to be revealed.

Yoshiki Fukuyama sang the OP “Salaryman at Dawn (Akatsuki no Salaryman)” and Luce Twinkle Wink sang the ED “FA’NTASY to!” for the first season of Life with an Ordinary Guy Who Reincarnated into a Total Fantasy Knockout.

Life with an Ordinary Guy Who Reincarnated as a Total Fantasy Knockout Episode 12 was published on March 29, 2022, marking the first season’s conclusion. In Japan, the 12 episodes were released in two Blu-Ray discs on April 27, 2022, and May 25, 2022.

The Release date for the English dub of Total Fantasy Knockout.

There is no release date for the English dub of Crunchyroll’s Life with an Ordinary Guy Who Reincarnated into a Total Fantasy Knockout.

If the second season of Life with an Ordinary Guy Who Reincarnated into a Total Fantasy Knockout gets greenlit for production, it is likely that the Season 2 English dub will be announced in the near future.

Life with an Ordinary Guy Who Reincarnated into a Total Fantasy Knockout Season 2 release date has yet to be officially announced by Studio OLM, Cygames, or any other entity associated with the production of the anime. No announcement has been made about a Fabiniku Season 2 sequel.

This article will be updated with any new information as soon as it is available.

Life with an Ordinary Guy Who Reincarnated Into a Total Fantasy Knockout:

Even though most critics have given their favourable opinions on Total Fantasy Knockout, the show failed to impress its viewers or establish itself as a classic. A comical “romance” isekai in which the characters are locked in a preposterous predicament that subverts isekai stereotypes is what this manga is all about.

The show’s strength is derived from the chemistry between the two characters, even in the face of major crisis. Fabiniku has so far avoided this issue by constantly placing its characters in novel situations that feed off of their chemistry rather than using the same running humour over and over again.

Isekai comedies like Combatants Will Be Dispatched and KonoSuba pale in comparison to the hilarity of this one (which had the same creator as KonoSuba). Also, Fabiniku was miles ahead of the similarly themed She Professed Herself Pupil of the Wise Man anime from Winter 2022. Furthermore, Fabinku was a superior isekai anime than Arifureta, In the Land of Leadale, and The Strongest Sage with the Weakest Crest, which were all released at the same time.

For Fabiniku’s first season, Crunchyroll’s Popular Anime list put the show in the top 10 whenever new episodes were published. The anime production committee’s decision on whether or not to renew a TV show is heavily influenced by the amount of money it makes through foreign streaming.

Hey Check Out This: Upcoming Movies in 2022 – Release Date

When it comes to reviving anime production, the Japanese industry has been in overproduction, with certain projects being outsourced to Chinese and Korean subcontractors. According to studio officials, they have difficulty finding enough Japanese employees to work on their projects. 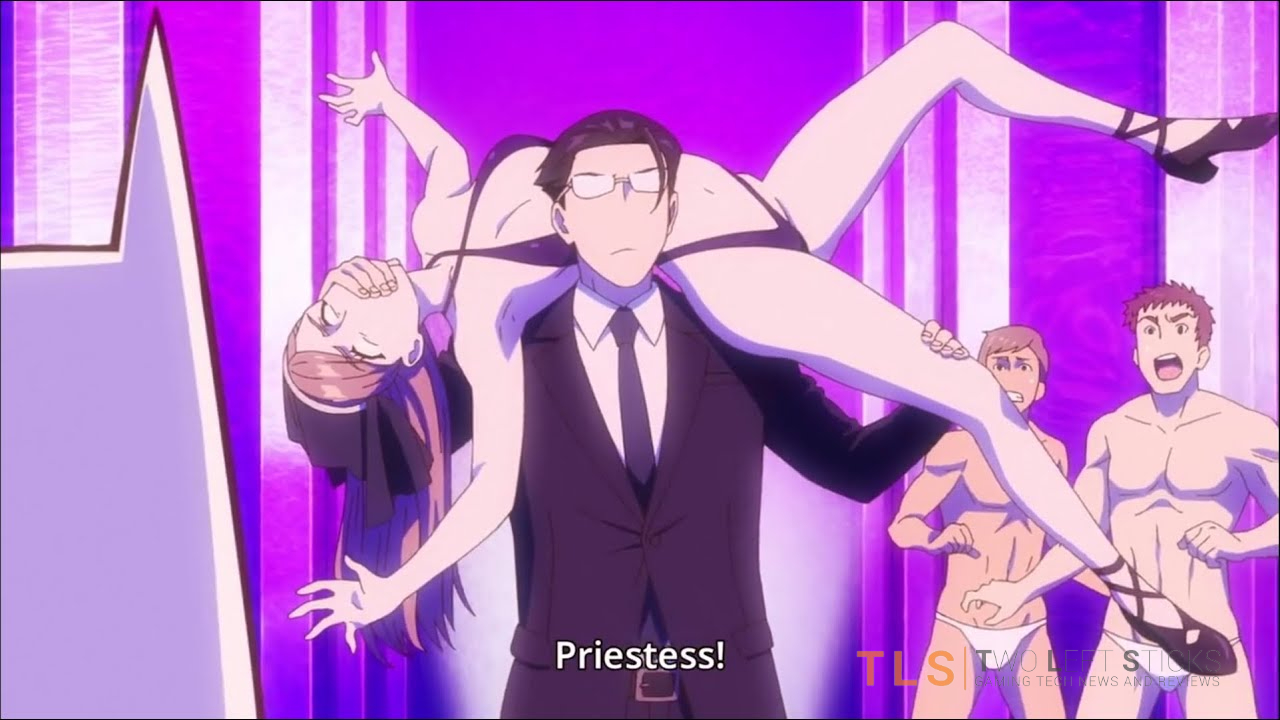 Even worse, the oversaturation of the market is only increasing. When Kadokawa announced its plans to produce at least 40 anime projects year by 2023, an increase of 20% from 33 titles, it did so in early May of that year.

This is a trend that has been more common in recent years, where anime producers are green-lighting book series adaptations even before the first book has been released. Total Fantasy Knockout Season 1 may have been greenlit exceptionally early, given that the first manga book volume was released in April 2020, which is years ahead of schedule for anime productions.

As a result, a key roadblock to the second season of Total Fantasy Knockout is likely to be a dearth of source material. There aren’t enough manga volumes to make a whole anime sequel (with the exception of the 86 anime or Sabikui Bisco Season 2). However, if the manga continues to be released at its current rate, there should be a enough supply of original content by the end of 2023.

As a result, even if the creation of a Total Fantasy Knockout Season 2 anime TV series is officially announced in 2022, it is projected that anime viewers would have to wait for several years before they see the show.

Based on Yuu Tsurusaki and Shin Ikezawa’s Fantasy Bishoujo Juniku Ojisan to manga series, the anime TV show’s plot is based on the manga. Since November 2019, the manga has been published weekly on Cygames’ Cycomi x Ura Sunday website and was up to Volume 5 by October 2021.

To put it another way, the authors were able to write enough content for three books in just one year. The manga had almost 100 chapters by the time the first season of the anime aired in March of 2022.

Schwartz asked for a spin-off series at the end credits of Episode 10, but thus yet nothing like that exists.

The title translates to “Living with an Old Fogie (Uncle) Reincarnated as a Pretty Fantasy Girl” in its direct translation from Japanese. There is also a series called Isekai Bishoujo Juniku Ojisan.

The official English translation of Total Fantasy Knockout manga has yet to be released by a North American publisher, despite previous announcements. The Japanese release is followed by fan translation initiatives.

A light book or a web novel isn’t required for the anime to be faithful to the source plot. Even though it’s not a panel-by-panel adaptation, the source material purists should be pleased because most of the episodes did not have to simplify the tale by omitting language and key elements (yes, Vizzd was tortured… with a feather).

Total Fantasy Knockout Episode 9 was an exception to this rule, since it drew in roughly twice as many manga pages as the previous eight episodes combined. In Chapter 40, the King’s intelligence service commander Muria presented Jinguuji and Hinata with a map of the globe shaped like a woman, which the anime skipped.

Muria wondered that it might be best to describe how each of the heroes’ worlds came to be, given that they all hailed from different worlds.

first, there was emptiness in the universe. This location was visited by two gods,” Muria explained in the manga. Aira, the mother of all goddesses, and Nous, the single male deity and being of one-in-all, are the gods of this continent.” The mother goddess gave birth to the 12 goddesses before becoming the continent.”

At the end of the chapter, the author Tsurusaki wrote, “I had a lot of joy thinking about the globe map.” “I would want to stay in a town near the breast region,” I say.

After adapting Chapters 40 through 49, numerous sequences were left out, such as the swarm of maids that descended on Tachibana to undress, bathe, and dress her up. This entire chapter was left out. Manga also revealed that Tachibana had begun to forget what he looked like as a man, and that was the most critical revelation.

While contemplating Jinguuji’s response, she even proclaimed to the ladies that she wanted them to dress her as cutely as possible! Cutting this scene was harmful to Tachibana’s character development since it highlighted how she was psychologically changing into a more feminine mindset.

Until that time, the anime was a near-perfect representation of the source material.

The average number of chapters adapted in each episode of the anime TV series has been slightly fewer than six.

Total Fantasy Knockout manga chapters are brief compared to other manga, despite how fast-paced that seems. As an example, the anime adaptation of Attack on Titan would often only adapt a chapter every episode.

Fantasy Bishoujo Juniku Ojisan to Episode 12 came to a halt at manga Chapter 69, which marks the conclusion of the first season’s finale. (The original anime announcement was included in Chapter 70.)

After seeing Tachibana fall in love with Jinguuji, this is the ideal ending point since it signals a big shift in Tachibana’s development. After the Mehpon combat in Chapter 66, Tachibana finally receives the (embarrassingly lengthy) praise from Jinguuji that she’d so craved.

It was more successful than the manga to rewrite the plot in Episode 12. End credits scenes teased Season 2 of Total Fantasy Knockout by showing the elf chieftess and other minor characters in action.

After completing the first season, it was revealed that there were not enough fresh chapters to make a second season of Total Fantasy Knockout.