Is Gal Gadot Married: Gal Gadot is an Israeli model & actor. She was crowned Miss Israel in 2004 when she was 18. For two years, Gal served as a combat fitness instructor in the Israel Defence Forces. She started working on her modelling & acting career while studying at IDC Herzliya college. Gal got her first international film, Fast & Furious, in 2009 in the role of Gisele Yashar. She reprised the role in the following films of the franchise.

Gal gained international recognition as Wonder Woman, including Batman V Superman: Dawn of Justice & Wonder Woman. She appeared in Netflix action-comedy Red Notice & mystery Death on the Nile. Gal is the most prominent Israeli actor, according to the local media. Time included Gal in the list of 100 most influential people in the World in 2018. She has been ranked as the World’s highest-paid actress twice. Gal was born in Israel on April 30, 1985, to Michael & Irit.

She was brought up in a very Israeli, Jewish family environment. Her mother’s father was imprisoned in a  concentration camp in Auschwitz, he survived the holocaust, and her grandmother had escaped the continent before the breakout of World War II.

Gal learned hip hop & jazz for 12 years. She was a major in biology and graduated from Begin High School. Gal Gadot participated in Miss Israel at 18 and won the pageant in 2004. Her background in military service helped her bag the role of Gisele Yashar in Fast & Furious.

Gadot won the Miss Israel pageant in 2004. After her win, she led international campaigns as a model for Huawei, Miss Sixty, Captain Morgan rum, Vina Vera skincare, Jaguar cars, and Gucci fragrances. Gal was on the cover of Cosmopolitan, Bride Magazine, UMM, Entertainment Weekly, Glamour, FHM, Fashion, Cleo & Lucire. Gal was featured on New York Post’s cover. She was in the number one spot on FHM’s 100 Sexiest Women in the World in 2017.

Revlon & Reebok made her the brand ambassador for their brands. Gal was asked to audition for a role in the Bond film Quantum of Solace. The part eventually went to Olga Kurylenko. Gal appeared in the Israeli drama Bubot in 2008. A few months later, Gal was chosen for the role of Gisele Yashar in Fast & Furious. She did her stunts for the film. She did some minor roles in Knight & Day and Date Night. Gal reprised the role of Gisele for fast five and then again for Fast & Furious 6.

Gal played the role of Wonder Woman in Batman V Superman: Dawn of Justice. She trained in Brazilian jiu-jitsu, Kung Fu kickboxing, and swordsmanship to prepare for her role. She did a small part in the crime-thriller Triple 9 with Kate Winslet. Gadot played Wonder Woman in 2017, a solo film about the superhero character. Gal was ranked as the tenth highest-paid actress in the World by Forbes.

She made an appearance in Maroon 5’s music video Girls Like You. In her upcoming projects, Gal Gadot collaborates with her Wonder Woman director for Cleopatra, an epic movie produced by Paramount Pictures, and a spy thriller Heart of Stone. She starred in Red Notice along with Dwayne Johnson & Ryan Reynolds. This year she was seen in Death on the Nile. Gal has been chosen to play the Evil Queen in Disney’s 1937 animated film Snow White and the Seven Dwarfs. She will also produce and act in an Alfred Hitchcock remake of To Catch a Thief. Gal Gadot married Yaron Varsano, a real estate developer, in 2008. They have three daughters together. The two of them opened a production company Pilot Wave in 2019.

NET WORTH OF GAL GADOT

Gal Gadot’s net worth is around $30 million.

Q: Did Gadot serve in the military?

A: Gal Gadot served in the military for two years, mandatory for all young Israelis, before she embarked on her acting career.

A: Gal Gadot speaks three languages, English, Arabic & Hebrew. Her first language is Hebrew, as she was born in Israel.

A: Gadot knows Kung fu kickboxing, Jiu-Jitsu, and Krav Maga. It is an Israeli discipline used as a means of self-defence.

Q: Why is Death on the Nile banned in Kuwait?

A: Kuwait banned Gal Gadot’s film Death on the Nile after her alleged criticism of the Palestinian Islamic movement during the war in Gaza. 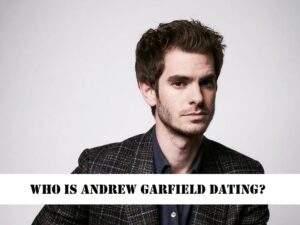