Who Is Michele Morrone Dating? Read Details About 365 Days Star ! 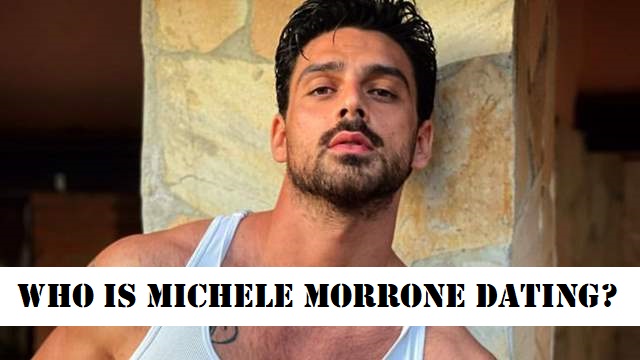 Michele Morrone Dating: Michele Morrone is a famous Italian actor/singer born in Bitonto, Italy, on October 3, 1990. The actor claims to be currently single, but if rumors are to be believed, he is s secretly dating his co-star from 365 Days, Anna-Maria Sieklucka. The two met on the sets of their debut release, 365 Days. Ever since, the speculations of their romance and mingling have been doing rounds, as they were spotted kissing and cozying up openly at the premiere of their sequel film, 365: This Day.

Michele Morrone is a brand new bombshell released to the world of acting. His debut film 365 Days has blown off the box office records amidst the pandemic. The first part was released in 2020 followed by the sequel in 2022. Before getting spotted by the filmmakers of these movies, he was working as a gardener to meet errands. He shared that his acting debut has turned the tables for him and how. He later started being offered modeling campaigns for substantial luxury brands such as Dolce & Gabbana, Falconeri, Versace, and more.

Michele also has a passion for singing and has released an album called Dark Room with ten impressive tracks such as Hard For Me, Watch Me Burn, Noone Cares, Do It Like That, etc. His latest song apart from this album is Another Day which is used in the sequel of 364 Days as well. After the success he has gained so soon in his career, Morrone is being offered significant work and opportunities globally. He recently did a music video for an Indian singer with one of Bollywood’s popular actresses Jacquelin Fernandez. 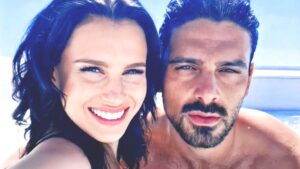 Michele was born to a beautiful Italian couple, Angela and Natale, in Bitonto. He was raised with three more siblings, all elder sisters. Reportedly Michele was not a
disciplined student. He was least bothered by his grades and was held back for his lousy behavior several times during high school.

At the age of 11, he made up his mind that he wanted to grow up and pursue acting. Harry Potter played a massive role in his obsession with becoming an actor. After high school, Michele joined professional theater to take acting lessons at the Teatro Fraschini di Pavia. 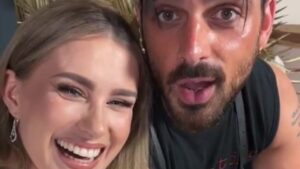 Also Read:  Is Gal Gadot Married? Truth About Her Marriage!

Michele is a good-looking Italian man with a charming, rugged personality. He has sure had multiple relationships while growing up. He has been married once to a popular designer, Rouba Saadeh, currently working with Elliesaab. The two got married in 2014 and have two beautiful baby boys, Marco and Brado.

Unfortunately, the marriage didn’t work, and they called it quits after good four years. They remain good friends and are co-parenting their boys happily. Currently, Morrone has denied all the rumors regarding dating his co-star Anna Maria and claims to be single. He says he&#39;s only in love with his work and enjoying this new relationship the most. Rest is all a mystery.

Michele’s current net worth is estimated to be between $1-$5 million as he has multiple sources of income such as acting, modeling, a lingerie brand, singing, endorsements, etc.

Q: Is Michele Morrone dating anyone?

A: Michele shuts all rumors of him dating Anna Maria and declares to be single.

Q: How old is Michele Morrone?

A: Michele was married to Rouba Saadeh from 2014 to 2018. He is now officially divorced and unmarried.