GOOD GIRLS SEASON 5 News: Good Girls is a crime comedy-drama series. The series is about a close group of three friends who plan to steal a nearby business as they are tired of working hard for money & following the rules. As a result, their lives change in ways they never comprehend. All three friends are caught in gang heists, debts, secrets, and family crises. The series was appreciated for its quick pace and the bond between the three protagonists. The series breaks the standard of patriarchy & showcases how strong; independent women take a stand to support their families & change their lives.

The series was canceled in June 2021. The network’s executive emphasized that they were not interested in selling the show to other networks or streaming services. The network initially planned the fifth season, but the plan didn’t work out to cut short its losses when the ratings & viewings data plummeted drastically. Universal Television looked at the ratings & viewership data to decide if the program would be financially viable on Netflix. The show’s main lead even agreed to a wage cut for the final run of the production. The fifth season has been terminated due to artistic differences & financial difficulties.

“Good girls” is what Breaking Bad was for men. Following the daily lives of three suburban friends, their lives get mixed with gangs & criminals. The female protagonists go from laundry to laundering by the end of the first season. The first protagonist, Beth, is a mother of four, Dean, her husband is a car dealer & she figures out that her husband is cheating on her. The second protagonist Annie is a single mother who works at Fine & Frugal. Her ex-husband is planning to sue her for custody of their child, which she can’t afford. And the last lead, Ruby is a waitress; she has two kids, one of whom is not well & needs expensive medication. These women desperately need money, so they plan to rob Annie’s workplace & get away with $500,000 (the money belongs to a gang). Annie’s boss recognizes her because of her tattoo. The women hold him hostage, to keep him quiet.

The women get deeper into illegal activity and get mixed up with a high-ranking criminal, Rio. The FBI gets Rio, and the three women are convinced that he will cross them to save himself. One day Beth returns home & finds Rio is waiting for her, he gets the bail & her husband is by his side, totally beaten. He gives a gun to Beth and asks her to shoot, and she’ll be the boss.

In season 2, new evidence against Beth is revealed from the grocery store crime scene. The women devise a plan to get to the evidence. At the end of season one, Beth does not shoot her husband. We see Dean is depressed due to the injuries he got from Rio’s beatings, which means it will take him a long time to recover. Unknown to Dean that Beth is having an affair with Rio. An FBI agent is in hot pursuit of three women after Mary Pat’s kid makes an innocently incriminating comment.

Rio insists Beth deliver a package for him without disclosing the contents of the package. Beth finds out that the package contains drugs and gets an idea to use this to blackmail Rio. She takes her kids for the delivery with her, and one kid leaves their blanket behind. Dean finds out that Rio is having an affair with his wife Beth & wants revenge. He finds someone who can take care of the situation. Dean gets conned & Beth’s money gets stolen. Beth tells Rio she wants to be out of the criminal world. Dean finally figures that Beth has not cut off ties with Rio as she promised & they both file for mutual divorce. Mary Pat is married to Jeff happily. Jeff receives disability checks. One day when he was playing with kids, Jeff unexpectedly died. To keep receiving his disability checks, Mary never reports his death to authorities & hides his body. Rio kidnaps Beth & an FBI agent and tells Beth to kill the agent if she wants Rio out of her life. Beth instead turns against Rio & shoots him, and releases the agent. Towards the end of the finale episode, it is revealed that Rio is still alive because of the FBI agent.

Due to the pandemic, season three was terminated five episodes early; season three ended up having eleven episodes. Nonetheless, the season was full of action; all three women think that Rio is dead, and they start a counterfeiting business. Ruby, who became a manicurist, donated nail paint to use as a chemical agent, while Annie, a valet, provided the dollar bills. In the meantime, we learn that Rio wasn’t dead, and he becomes an informer for Agent Turner before he turns on him & kills him. Rio tracks Beth down & she tells him that she’s pregnant so that Rio can spare her life. He leaves Beth but shoots Lucy & frames Beth for her murder. Beth informs Max, Lucy’s boyfriend, about the murder. Max gets Beth in touch with a hitman, Max’s cousin, to plot Rio’s murder.

Last season audiences were left with the hook of Beth & hitman planning Rio’s murder. In flash-forward, the three women and Dean & Stan shift to Nevada. Beth wakes up in her home, realizing that it was just a dream where they all moved to Nevada. The hitman leaves his gun at the crime scene, which is the same gun used to kill Lucy in Season 3. Beth realizes that her fingerprints are on that gun, which is enough evidence to put her in jail. Ruby suggests they all shift to Nevada and leave their past criminal activities behind; Beth doesn’t agree. In the finale episode, Beth & Rio sit on a park bench, but the tables have turned. Beth tells Rio, “You work for me now.” 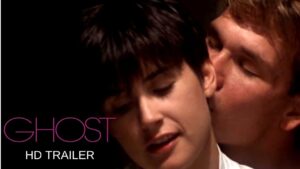 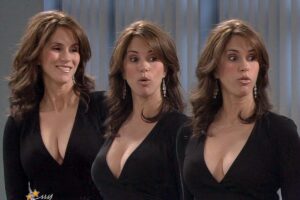