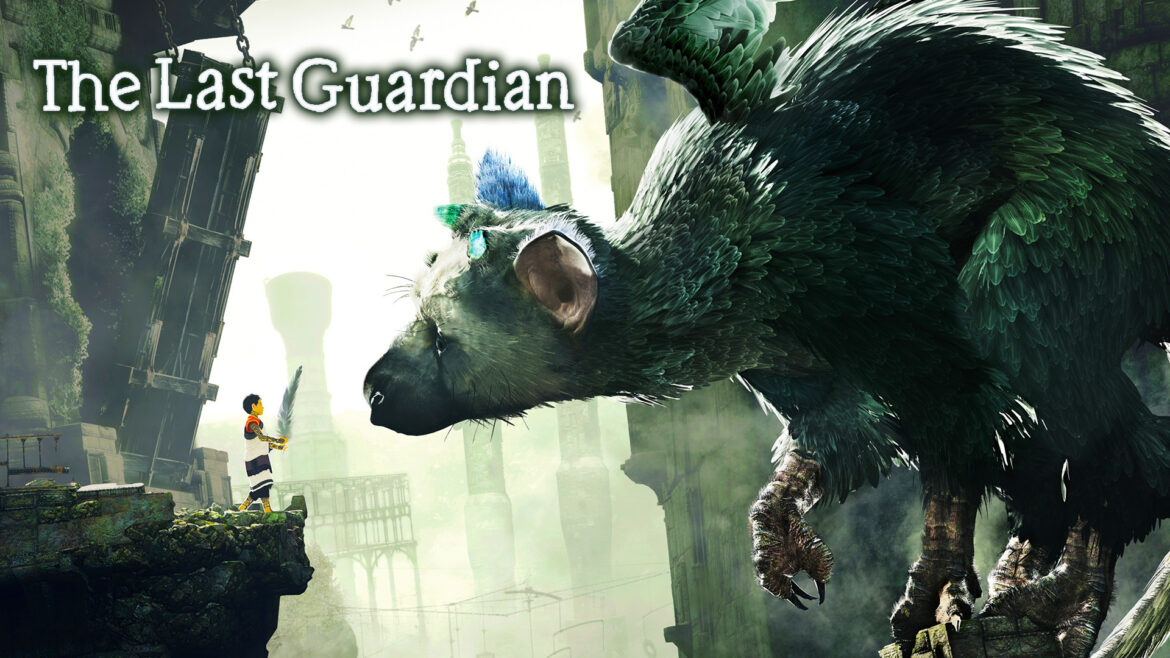 For a long time, it seemed as if The Last Guardian would never make it into gamers’ hands. After releasing Shadow of the Colossus, Team Ico began working a follow-up all the way back in 2007.  Sadly, after debuting the game at E3 2009, The Last Guardian disappeared from the public eye. Then, at E3 2015, Sony unveiled the game again with the promise of a 2016 release.

After years of waiting, it’s finally time to figure out if The Last Guardian was worth the extended development cycle.  Typically, games that take such a long time to make don’t turn out all that well. Then again, if recent releases are any indication, an extended production doesn’t necessarily mean anything.

Really, it comes down to one question: is The Last Guardian worth playing, or was nine years somehow not enough?

A Boy And His Beast

The story of The Last Guardian keeps things simple: players take on the role of a young boy who awakens to find himself locked in a mysterious prison. Trico, a giant cat-bird-demon, is stuck in there with him – and, after freeing the giant beast, players begin their search for a way out of the massive prison.

It’s not a very complex narrative, and anyone who’s ever played a Team Ico game will feel right at home. There is slightly more story here than in the developer’s other games, but it’s still incredibly light. There are traditional cutscenes for the game’s introduction and finale, along with a large chunk of exposition roughly halfway through. The focus was clearly on the moment-to-moment narrative of the boy and his beast, not an overarching or grandiose story.

The problem with this approach is that The Last Guardian never really sells the bond between its two protagonists. That’s understandable since Trico is presented as dangerous during the early portions of the game.  Yet there are multiple instances, even towards the end, where the creature is clearly a threat to the boy’s well-being.  True, there are plenty of moments in which the two get along and work together, but it’s hard to build a trusting friendship when there’s a chance that someone could suddenly lose their minds and lash out at any moment.

What’s worse is that, because the game never really solidifies the character’s relationship, the ending suffers as well. Whereas other Team Ico games managed to have satisfying conclusions despite their bittersweet stories, The Last Guardian seems more concerned with checking off a list of cliches. It’s not the worst thing in the world, but it’s far from a gripping or emotional conclusion.

Every Frame A Painting

At the very least, The Last Guardian looks fantastic. From the moment the game begins to its finale at sunset, Team Ico’s art direction shines through. Sure, it’s more of the same ruined temples and dense forests that the studio is known for, but that doesn’t stop it from looking amazing. The sound design is equally solid, and what little music present feels appropriate for any given situation.

If only the game ran well. After nine years of development, one would think that the team had enough time to iron out any technical issues, but that’s simply not the case. The Last Guardian runs extremely poorly on a standard PlayStation 4, with frequent and severe frame rate issues. Even when nothing is happening, the game can struggle to maintain a steady frame rate, and it only gets worse when there are multiple enemies on-screen. It’s not a minor distraction that pops up on occasion, it’s a constant issue that nearly ruins the experience.

What saves the game’s presentation (at least somewhat) is Trico itself. The way it moves through the environment reacts to the boy’s commands and attacks enemies is astounding. Simply put, an unparalleled level of animation work was put into creating the game’s marquee creature. Granted, because everything is physics-based, wonky animations and clipping glitches can pop up from time to time, but the overall effect is mesmerizing. There are few creatures in gaming as well-realized as Trico, and the studio deserves credit for making something so fantastical seem so real.

Unfortunately, The Last Guardian starts to fall apart as soon as players take control. On paper, it sounds fine: the two protagonists feature two different skillsets, and players must use them in tandem to make it through the environment. The boy can run, jump, climb over obstacles and pick up objects.  Trico can leap great distances, dispatch enemies and fire lightning from its tail. In practice, however, playing the game never feels right.  At every turn, it feels as if the unresponsive controls are fighting against the player.

For instance, the game handles all of the boy’s animations through its physics engine. This results in some great animations, but it also strips some of the control away from the player. Every action, regardless of how small, feels floaty and imprecise.  Even navigating a wide-open area can be a chore, and actually trying to be precise can be an absolute nightmare. Failing a puzzle because you can’t grab a ledge or stop running into a wall isn’t hard, it’s bad design.

Rather than taking direct control of Trico, players have a set of commands they can issue the beast.  The problem with this system is that it’s incredibly inconsistent. Sometimes, Trico will sit on a single point and refuse to move until the proper command is used. In some sections, players can put their controllers down for minutes on end while Trico finishes a platforming sequence on its own. Watching Trico navigate such a huge environment is awe-inspiring the first time, but after several hours of play, it’s more like autopilot than actually playing.

Actually playing the game can be tough, but it would have been serviceable if its levels were well-made.

Most of the time, The Last Guardian is a mix of platforming traversal and puzzle-solving. It’s something that many players will have seen before, but there’s one major issue with how The Last Guardian presents its puzzles: the game does a downright terrible job of letting players know what exactly their objective is.  Most games would give some sort of clue, or clearly, express where the exit is.  The Last Guardian gives players nothing, forcing them to wander around until they either stumble upon the answer or a scripted sequence begins.

What’s worse is that the rules seem to be constantly changing. One set of ledges can be climbed, but an identical set thirty minutes later can’t be. Trico can jump to this ledge with no trouble, but that giant stone pillar is a no-go. On top of that, the game frequently makes use of physics puzzles that don’t always work as intended. For example, one puzzle requires the boy to climb out of a pit using Trico’s tail.  Unfortunately, there’s no way for players to advance if the tail gets stuck in the environment.

Back In The Saddle

Speaking of Trico, the player’s lack of control can make for some extremely obnoxious situations. At times, Trico seemingly won’t listen to commands; at others, he’ll start moving on to the next room before players are ready. It makes for a frustrating battle of getting Trico to move and hoping that it’ll stay put for another ten seconds. The worst part is that there’s really nothing that players can do about it.

As if all that wasn’t enough, the game makes no attempts to tell players what mechanics are in play. If fact, some gameplay mechanics will only appear in a single room with zero explanation, only to disappear immediately thereafter. Occasional hints are dropped during gameplay, but players are left stranded more often than not.  Smaller issues, like on-screen button prompts, feel inconsistent and erroneously implemented.

There’s nothing wrong with building a game around puzzles, and solving one can feel like a tremendous accomplishment.  Restarting a checkpoint or waiting for twenty minutes isn’t challenging – it’s a slog.  Not only does The Last Guardian not give players enough information, but the game’s constantly changing rules and awful conveyance create a mind-numbingly frustrating experience.

Not Worth The Wait

As sad as it is to say, The Last Guardian isn’t worth the price of admission. Trico itself is a wonder of animation, the art design is amazing and the game does have its share of emotional moments.

It’s just that, at the end of the day, The Last Guardian isn’t all that fun to play. Controlling the boy is serviceable at best and a nightmare at worst. From a gameplay perspective, working with Trico feels like playing the game with a 15-second delay. However, what ultimately dooms the game is the level design. The game’s best sections are unoriginal platforming sequences, and finding the solutions to some of the game’s ‘puzzles’ can be downright infuriating.

There’s a lot of potential in the idea behind The Last Guardian, and it’s entirely possible that another game could make the concept work. It’s a shame that The Last Guardian is more of a misfire than anything else.