Who is Jennifer Aniston Dating ? The Actress’ Dating Timeline! 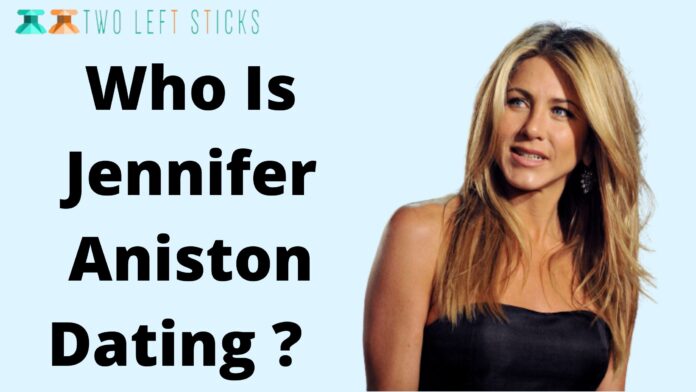 Jennifer Aniston Dating Life : Jennifer Aniston is an actor & producer. She has been honored with several prestigious awards, including a Critics’ Choice nomination, a Golden Globe Award, a Primetime Emmy Award, and two Screen Actors Guild Awards. She is now one of the highest-paid actresses in the world, thanks to the advancement of her career throughout the 1990s. Aniston was born in Los Angeles, California, on February 11, 1969, to Nancy Dow & John Aniston. Jennifer and her family relocated to Greece for one year as a child.

Her family relocated to New York, where her parents divorced when she was nine. Aniston has two brothers who are her half-brothers. Even though her father had a career in television, she was not allowed to watch television, although she did find ways around the rule. At six years old, she started her education at a Waldorf school. Jennifer discovered acting at 11, Aniston joined Fiorello H. LaGuardia High School of Music & Art and Performing Arts, and she joined the drama society in school.

She appeared on stage in Lorraine Hansberry’s The Sign in Sidney Brustein’s Window and Anton Chekhov’s Three Sisters. Following her graduation in 1987, she debuted in Off-Broadway productions such as “Dancing on Checker’s Grave” and “For Dear Life.” 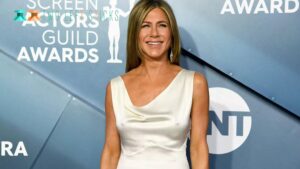 Jennifer began her career as an actor at a young age, making her debut in the film Mac and Me in a role for which she was not given any credit. Her breakthrough performance came in the movie Leprechaun. Later in her career, she became known worldwide for her performance as Rachel Green in the television sitcom Friends (1994–2004). She was nominated for awards from the Primetime Emmy, the Golden Globe, and the Screen Actors Guild. Since then, she has appeared in a variety of comedies, dramas, and romantic comedies like Break-Up, Bruce Almighty, Just Go with It, Marley & Me, We’re the Millers, and Horrible Bosses are among her most commercially successful films; each of these movies earned more than $200 million around the world.

Her performances in the films Office Space, The Good Girl, Friends with Money, Cake, and Dumplin’ have garnered the most critical acclaim for her. She returned to television in 2019, starring in and producing the drama series The Morning Show, which was available on Apple TV+. She was nominated for another Screen Actors Guild Award for her work on the series. Jennifer also performed the same role in the sequel to the comedy film Horrible Bosses. In the film Cake, Jennifer Aniston plays the role of a stubborn woman named Claire Simmons, who is afflicted with persistent pain.

She’s Funny That Way was a screwball comedy starring Jennifer Aniston, who played the role of a therapist who does not want to be there. She started working on two more projects for Netflix: Murder Mystery, a comedy in which she will be reteaming with Adam Sandler. In May of 2021, she participated in a Friends cast reunion broadcast on HBO Max as an unscripted television special titled Friends: The Reunion. 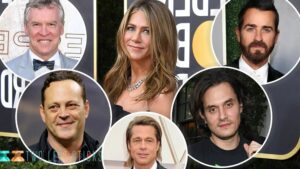 Read Also : Who Is Dakota Johnson Dating? Insight Into Her Love Life!

Jen, then 21 years old, had a relationship with the late actor Daniel McDonald, which lasted for four years in the early 2000s. Jennifer began dating Adam, the frontman for Counting Crows, a year after the Friends franchise first aired. They had first met at the nightclub The Viper Room. Jennifer Aniston and Brad Pitt became the most famous couple of the late 1990s after being set up by their respective agents. They were seen together at every event and on every red carpet. He proposed in November 1999, and they were married in July of the following year.

On Jennifer’s 41st birthday in August 2012, when Justin was 43 years old, he popped the question to her to marry him. The couple married in a private ceremony in August 2015, but just over a year later, in February 2018, they decided to end their marriage. In August 2015, the couple wed in a private ceremony, but less than a year later, in February of 2018, they announced that they were ending their marriage. 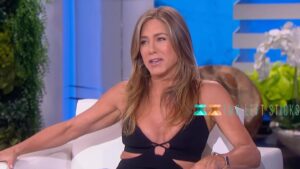 Q: What was Jennifer’s very first role as an actress?

A: Jennifer got her start in acting by appearing in the sci-fi comedy “Mac & Me.”

Q: Is Jennifer involved with anyone at this time?

A: At this time, Jennifer is not involved with anyone else.

Q: Which of Jennifer Aniston’s movies has been the most profitable thus far?

A: Her role in Bruce Almighty with Jim Carrey is her career high point.

Q: What new endeavors does Jennifer have in the works?

A: She has a starring role in the current season of the Apple TV+ series The Morning Show with Reese Witherspoon.