HomeCelebrityWho Is Dakota Fanning Dating? All The Info About Dakota's Love Life!
Celebrity 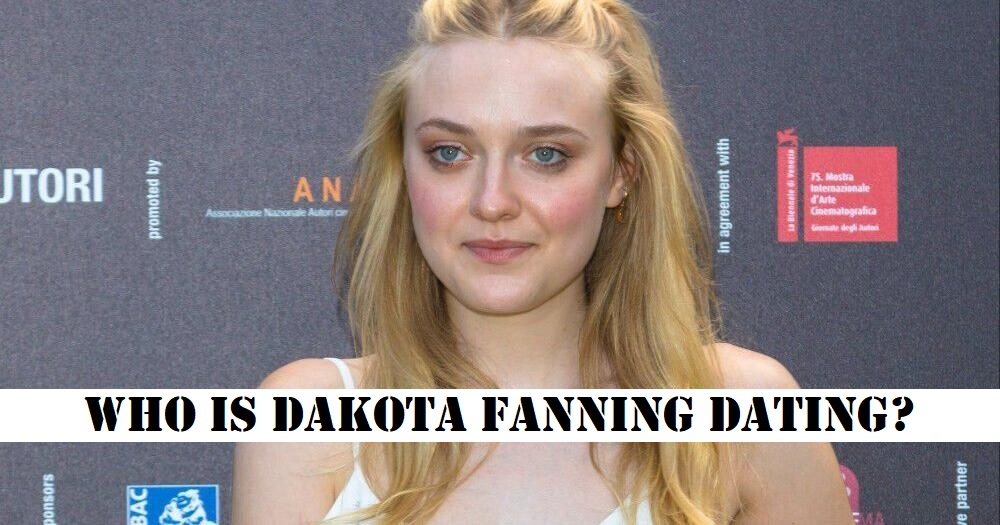 Dakota Fanning is a famous American actress born in Georgia, United States, on February 23, 1994. The actress is said to be dating Henry Frye, currently.

They are often seen casually roaming around the streets and spending time together, making it obvious the two are having a good time.

It’s been a while since the two have been seeing each other. Reports are they started dating in 2017 and are going strong as of now.

Dakota Fanning is a well-known Hollywood personality who dived into the world of acting as a child actress on the NBC drama ER.

She was only five years old when she did a television commercial for Tide, the washing powder.

Her first big-screen performance was in a film where she debuted as a child actress, called I am Sam, in 2001.

The industry welcomed her with appreciation and offered more significant films such as Man On Fire, War Of The Worlds, Coraline, Uptown Girls, Push, Dreamer,
Brimstone, The Twilight Saga: Breaking Dawn, Oceans 8, The Nightingale, and many more.

She is currently 28 years old with a magnificent career graph on her choices of films to date.

Read More: Who Is Dakota Johnson Dating? Insight Into Her Love Life!

Dakota’s full name is Hannah Dakota Fanning. She was born in Conyers in Georgia and is a Pisces by sun sign.

Her parents are Steven J.Fanning, a famous basketball player, and Heather Joy, a retired Tennis player.

She has a younger sister, Elle Fanning, who is also an actress in the same industry.

Hannah was a keen child who went to Campbell High School but soon switched to Gallatin School of Individual Study as she started acting early, making coping with regular school difficult.

She further went to New York University to complete graduation with a degree in Women’s Studies.

Her religious belief is in following Protestantism. As a child, she used to be interested in many different practical activities like Knitting, Horse-riding, Violin, Ballet, etc.

Dakota is currently committed to Henry Frye. The two have been dating for quite a long time and are doing good.

They are often spotted together, and they recently confirmed their relationship by walking the red carpet at the Met Gala together.

Dakota has previously dated a lot of young boys but fell apart due to unknown reasons.

She was dating Freddie Highmore in 2009, Tyler James Williams was never confirmed, but the talks were the two were pretty much in love.

She later dated Jamie Strachan in 2013, a great deal as it was her longest relationship, which lasted three years.

Then she dated Logan Markley for a brief one year, and ever since, she has been seeing Henry Frye, only made it official last year.

Dakota’s annual salary is approximately $2 million above. Her acting graph has grown upwards since she set foot in Hollywood.

Dakota’s current estimated net worth is $16 million, updated in 2022. Her major income comes from her films and a few brand promotions.

A: No, but she recently said she can’t wait to get married and become a mother.&#39;

Q: Do Dakota and her sister Elle live together?

A: The sisters bought their first home together through a mutual fund for $2.3 million. After selling that property, Dakota bought a 5BHK in Toluca Lake for $2.95 million. Elle’s residence remains unrevealed.