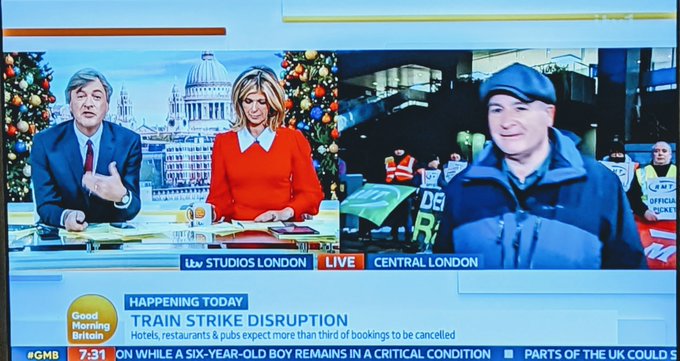 Richard Madeley, the GMB host,  made himself ridiculous to the viewers of Good Morning Britain for his behavior during a conversation with union president Mick Lynch.

Absolute car crash stuff here from Madeley. Trying to provoke Mick Lynch and ending looking like an complete fanny is quite glorious. pic.twitter.com/7KWRfCQoR2

Richard Madeley GMB lost his cool and started yelling at Mick Lynch about strikes: “I won’t let you get away with nonsense.” The irony then forbids Mick from responding to the inquiry. Richard is concerned about companies closing. Over the past 12 years, businesses have been destroyed.

Richard said on the railway workers’ strikes,” To do it at Xmas seems an act of unkindness…It’s destroying quite a few businesses…It seems almost sadistic….troops in the First World War stopped shooting at each other; Xmas is a time to set disputes aside.”

The point about strike action is that it demonstrates how crucial workers are to the economy, despite Richard Madeley’s customary foolishness. If the RMT Union decides to strike in December, it will only be successful because all the citizens depend on them.

Richard Madeley on railway workers going on strike: "To do it at xmas seems an act of unkindness… its destroying quite a few businesses… it seems almost sadistic… troops in the First World War stopped shooting at each other, xmas is a time to set disputes aside" #GMB pic.twitter.com/wua7WeSVJK

Then Richard Madeley launches into a tirade about how it isn’t the case before conceding Mick was right by asking, “Why are you acting in the weeks leading up to Xmas?”

It is disgusting to have someone like Richard Madeley hector Mick Lynch and ask questions.

Accusing employees of destroying Christmas while avoiding blaming management for prioritizing profit over people and allowing the government to walk away from negotiations without consequence.

@hewitson10 (Kerry) twisted: “Richard Madeley showing us as he really doesn’t understand the mood of the nation as always Mick Lych let’s him ramble on looking an absolute fool Seriously.

GMB, you guys are so out of touch having this dinosaur on show.“

Who thinks it is time for old Richard to take his dirty old ass and jog on right off the TV so we don’t have listen to his snarky uninformed BS any longer?

Why the hell do GMB persist in having Madeley on? He never shuts up and let people speak and then just accuses them of not answering him. And I support the railworkers just for the record, as he was claiming that they no longer have support 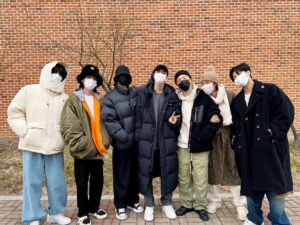 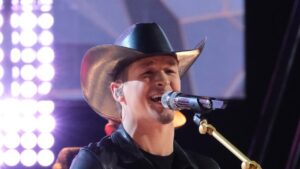