HomeCelebrityKourtney Kardashians NetWorth- Which Kardashian-Jenner is the Wealthiest?
Celebrity

Kourtney Kardashians NetWorth- Which Kardashian-Jenner is the Wealthiest? 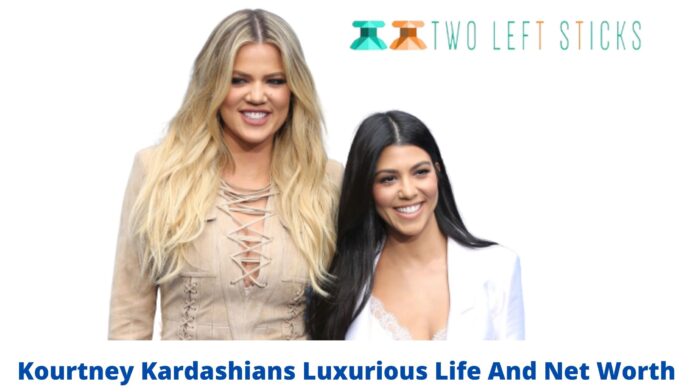 Kourtney Kardashians Luxurious Life And Net Worth: Kourtney Mary Kardashian Barker is an American model/socialite born in Los Angeles, California, United States, on April 18, 1979, whose current net worth is approximately $65 million, updated in 2022.

Kourtney is a famous celeb known for her ties to the Kardashian sisters. She is a well-known businesswoman/media personality. She was born to a couple in love, Kris-Jenner, and Late Robert Kardashian. Born in L.A., Kourtney was brought up with three full siblings and five step-siblings.

She attended high school at Marymount High School, an all-girls Catholic institution. After completing high school, Kourtney joined Southern Methodist University in Dallas, Texas. Moved there for 2 years and then transferred to the University of Arizona to learn theatre. Fun fact, Kourtney is the only sister who completed college and has a degree. 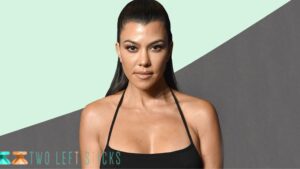 Kourtney is a reality TV star and a social media influencer. Her entrepreneur skills are another thing to add to the list. Kourtney owns several clothing lines and fragrances that she has partnered with her sisters Kim and Khloe. They dominate a huge part of the retail and fashion industry as with their collection comes to their name and the fame they gained majorly from their reality TV show Keeping up with the Kardashians.

Kourtney individually owns her own fashion website POOSH which she launched in 2019 to have an identity of her own. She also owns DASH, a line of clothing stores with her sisters that is running successfully in different cities. Along with her entrepreneur streak, Kourtney has an acting streak, she has appeared in several movies and television shows like America’s Next Top Model, The Jay Leno Show, teen Choice, The Mindy Project, American Dad, and films like He’s All That, Filthy Rich, Chyna and a series of Kourtney and Kim take! Kurt’s primary income comes from the KUWTK family show, appearances, and endorsements. 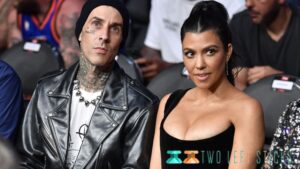 Numerous famous brands have partnered with Kourtney. Some of them are as listed: Calvin Klein, Popeyes, Diff Eyewear, Fit-Tea Coffee, and Manuka doctor skincare.

Read Also: Nicki Minaj Before And After- She Underwent Plastic Surgery and received Butt Implants.

Kourtney is the eldest sister in the Kardashian clan. She’s full sisters with Kim and Khloe. Half-sisters with Kendall, Kylie, Burt, Brandon, and Casey. Her parents, Kris Jenner and Lt.Robert Kardashian divorced while she was very young. Later, Kris married Bruce Jenner, making him her step-father.

Kourt herself has had a longtime boyfriend, Scott Disick, since 2006 and has 3 children with him, Mason Dash Disick, Penelope Scotland Disick, and Reign Aston Disick. However, Kourt and Scott never really worked out at settling for life and separated in 2015.

Kourtney has finally settled in life and tied the knot with her longtime best friend, Travis Barkers, in May 2022. They have been seeing each other since 2020, got exclusive in January 2021, and got engaged later that year in October. According to the buzz, the couple exchanged vows in the middle of the night at a wedding chapel in L.A. on April 4, which turned out to be a non-legal practice ceremony. The legal marriage ceremony took place in my last week, and the couple finally shared the happy news on their official Instagram accounts the very next morning.

Kourtney is the eldest and got married the last. It was a highly emotional event for the entire family. While Scott still loves Kourtney, he tries his best to co-parent their children and give them a healthy environment. He never really got over her but was left with no choice. 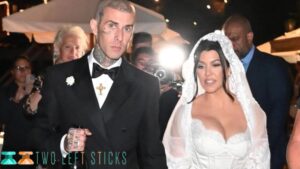 A.Kourtney’s ex-boyfriend and father of their three children Scott Disick chose not to attend the big star-studded wedding.

A.On the latest episode of KUWTK Hulu episode 5, Kourtney revealed she broke her engagement ring while doing some household chores.