I Bring you the list of the top G-rated Halloween movies for kids and families to watch together and have the best freaking Halloween ever. Relax and have fun!

Halloween is one of my favorite holidays. The scary music, the spooky décor, and hundreds and tonnes of vintage horror flicks. But there’s also the crazy, candy-filled sugar rush of a costumed party that the entire family may enjoy. And, to be honest, while we all enjoy being scared and seeing gory horror movies, we also enjoy the softer side of Halloween.

Don’t worry if you’re looking for something Halloween-themed but don’t like being afraid or don’t want your children to be traumatized from childhood!

Arthur and the Haunted Tree House (2017)

Arthur, Buster, and Ladonna are concerned that the treehouse they are staying in is haunted. Meanwhile, Francine meets a fascinating elderly woman while trick-or-treating, and Binky explores Mr. Ratburn’s scary house.

If your children enjoy Arthur and his escapades, this TV movie is ideal for a Halloween movie night. It’s less than an hour long, rated G, and packed with all the exciting, frightening, kid-friendly Halloween elements.

A family moves into a new home, only to discover that it is haunted by the souls of an excruciatingly irritating family. They hire a nasty spirit to cast them away when they run out of alternatives.
Beetlejuice is a classic, but it might not be ideal for younger children. They might be scared, and the PG rating is primarily due to adult jokes that they are unlikely to recognize. Still, as a kid, I adored Beetlejuice, which helped me fall in love with Tim Burton’s art.

Miguel is a little boy who is obsessed with music. However, his family has an ancestral prohibition against music because of a prior family member. Coco travels to the Land of the Dead in search of the ancestor and assists him in clearing his name in the eyes of the family.

Coco isn’t technically a Halloween movie, but the skeletons, Land of the Dead, and Dia de Los Muertos themes fit the bill perfectly. The film is hilarious, clever, and profoundly moving; there’s a reason it won two Oscars. It comes highly recommended.

Coraline is a young girl who discovers a portal that leads to an idyllic world where her home and parents aren’t as annoying. She rapidly finds, however, that things aren’t as wonderful as she first assumed.

Coraline is NOT appropriate for tiny children, especially those who are easily frightened. However, because the plot is so well-written and instructional, it’s ideal for teens and adolescents. Also, the stop animation is flawless and perfectly complements the subject and ambiance of the film.

Victor Van Dort is betrothed to Victoria Everglot in a marriage of convenience in the late 1800s. Emily, the Corpse Bride, wakes up thinking he has just married her as he practices his vows in the woods. As it turns out, Victor and Emily get along well, and he’s left with a difficult decision: Emily or Victoria?

Again, this fantastic movie is probably not for younger children, but it’s a great Halloween movie to see as a family. Tim Burton is a superb craftsman, and Johnny Depp and Helena Bonham-Carter killed it with their voice acting (pun intended). The PG rating is due to some disturbing scenes and action, but the film is ultimately enjoyable.

A friendly alien becomes stuck on Earth, and a child attempts to assist him in returning home rather than handing him over to the authorities. To get there, E.T. must stay with Elliott at his home, but he quickly becomes unwell and must make difficult decisions to preserve his alien companion.

E.T. is an excellent classic, and despite being about aliens, it is an enjoyable, caring, and informative film about unique friendships and the understanding of people who are different.

Victor has a best friend in the form of his dog Sparky. They do everything as a group, including making home videos. However, after Sparky is hit by a car and killed, Victor discovers a technique to bring him back to life, much like Frankenstein’s monster.

The only problem is that Sparky appears to be causing chaos in the neighborhood, and Victor is struggling to establish that he is still his good old friend.

Frankenweenie may be a little creepy sometimes, but it’s also a narrative of love, friendship, and never giving up on those you care about. It’s not suitable for tiny children but ideal for a family night with tweens and teens.

Ghostbusters is a group of parapsychologists based in New York City who assist people needing ghost elimination services. However, things take a severe turn as a malignant spirit attempts to resurrect an ancient god, threatening to wipe out humanity.

Do you really need an excuse to watch Ghostbusters again? It’s Halloween, it’s amusing, there are ghosts, and there’s a lot of excitement. Despite the slightly eerie subject matter, your children will appreciate it.

R.L. Stine, best-selling horror author famed for his Goosebumps series, is played by Jack Black. Stine, it turns out, is a prisoner of his mind, and the creatures he conjured up are genuine. A little boy named Zach unwittingly releases the demons chained to the manuscript, and chaos ensues throughout the town.

The picture’s creepy, scary monsters might scare young children, but the overall tone is amusing, light, and entertaining. Also, if you read R.L. Stine, you might love the monsters that appear, and you, as an adult, will probably enjoy some mature humor that the kids will miss.

A man receives a new mystery pet that is simply adorable. However, some ground rules must be followed. Of course, the guy ignores the rules, and all hell breaks loose when the adorable little pet transforms into a mischievous horde of Gremlins, wreaking havoc on the town of Kingston Falls and threatening to go beyond.

I don’t want to be your friend if you’re 20 or older and haven’t seen Gremlins yet. Even if you dislike the film, it is a true pop-cultural classic that you must be familiar with. To be honest, specific situations (such as the one with the blender) aren’t particularly kid-friendly, but I guarantee they’ll want their own Gizmo. 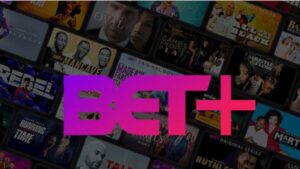 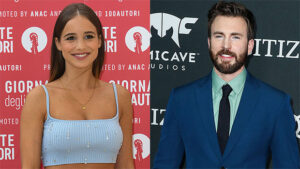