Charli D’Amelio does not disclose much about her personal life, including her dating life. However, fans are curious about who Charli D’Amelio is dating after she revealed that she is seeing someone new.

Even though Charli D’Amelio shot to stardom thanks to TikTok and has become a household name in a relatively short time, she keeps much of her dating life a secret. However, because she has more than 140 million followers, whoever she winds up falling in love with is swiftly discovered, and admirers immediately start shipping the two of them together.

A similar occurrence was recently depicted in Charli’s Instagram story in the form of a passionate kiss. Fans are curious about who Charli D’Amelio is dating and how long they can expect the relationship to continue after the news that she has a new man in her life broke.

Chase Hudson, who is a musician, actor, and celebrity on TikTok, was the first person that Charli D’Amelio was seen publicly seeing. December 2019 marked the beginning of the two people’s growing romance, but they did not publicly acknowledge it until a video of them kissing went viral.

They decided to publicly announce their relationship in February of the following year when this news broke. Many people admired their love since they frequently posted videos of each other and did not shy away from public displays of affection.

Fans’ worst nightmare came true in April 2020 when the couple announced they were no longer together. They shared the news of their breakup on their own Instagram stories. Almost immediately after this, Charli broke down in tears while live streaming on Instagram and accused her boyfriend of cheating. Despite this, it would appear that the two are friends; nevertheless, that relationship was never pursued further.

Charli D’Amelio’s relationship with Landon Barker is the most recent instance in which the public has been made aware of her dating life. The two were seen leaving Landon’s concert together at the beginning of June, which sparked the first reports about their possible romantic involvement.

After that, these allegations were proven true when Charl D’Amelio posted a photo to her Instagram story that showed her and Landon kissing. Because of the unique tattoo on his neck, fans could instantly recognize Landon.

Soon after, the couple made the news of their love public to their fans, and Charli’s father could not be happier for them. Even even though it has turned out to be somewhat stressful because of statements made by Chase after the announcement,

This is how Charli D’Amelio handles her love life. Currently, she is in a relationship with Landon Barker, and here’s hoping it will last a very long time and be filled with love. Visit our hub on TikTok for more recent information.

What caused Charlie D’Amelio and Lil Huddy to end their relationship?

Early on in the year 2020, D’Amelio and Hudson started dating. They were on-again-off-again before finally divorcing in July. According to the allegations, Hudson cheated on D’Amelio with Sway House member Nessa Barrett, also the ex-girlfriend of influencer Josh Richards.

Following a Twitter meltdown during which Hudson admitted to kissing Barrett and claimed that Jaden Hossler attempted to make a play on D’Amelio, the two looked to be on good terms by the time October 2020 rolled around.

Is it possible that Charli D’Amelio was mentioned by name in the song “All the Things I Hate About You” by Lil Huddy?

The following day, July 27, 2022, Hudson made his debut with a pop-punk song that featured lyrics that some people speculated might be about D’Amelio.

Hudson has not yet verified whether or not the song has anything to do with D’Amelio, but he plans to do so soon. 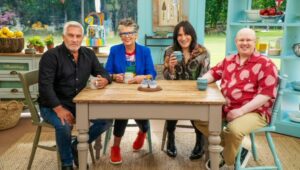 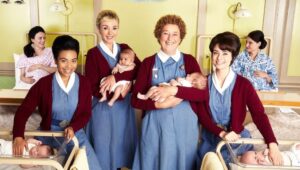 Next post Is Call the Midwife star Lucille leaving? Why was Lucille in trouble?
Gary Wood