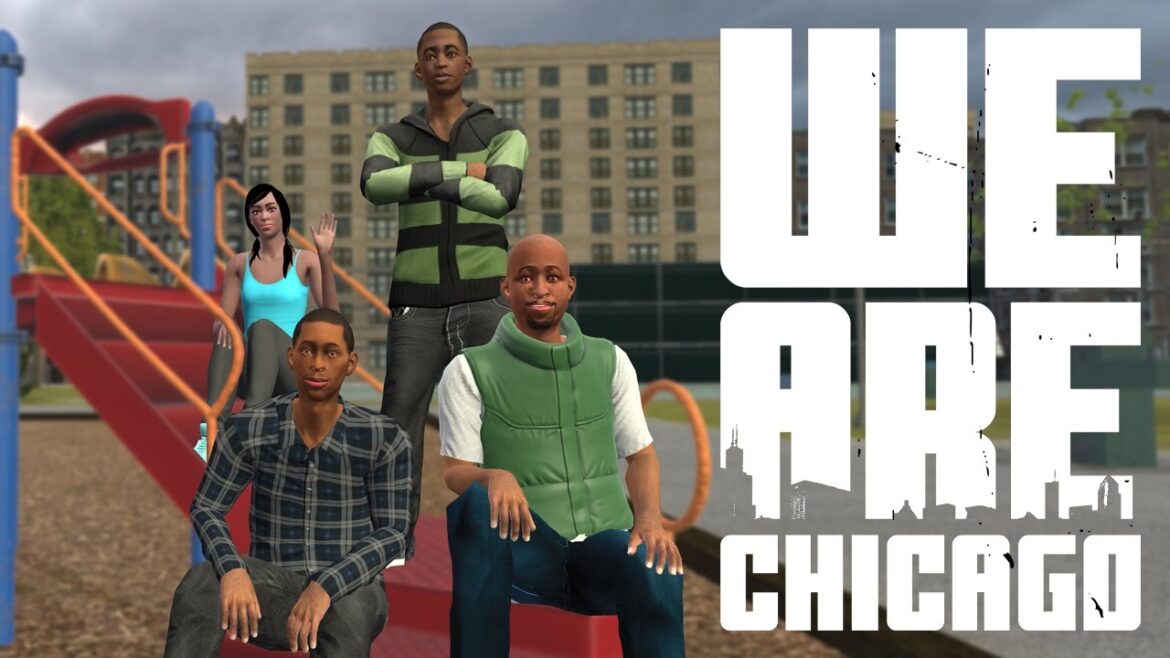 Realism is pretty relative when it comes to video games. Most game developers that strive for a more realistic approach to storytelling usually do it in a limited way.

That’s why We Are Chicago, a narrative-focused game by Culture Shock Games, is so refreshing. It uses reality as the foundation to tell the stories of everyday people, in this case, the residents of Englewood, a neighborhood in the South Side of Chicago.

“We want to show these communities in a good light and in a respectful light and show what’s actually going on,” Block said.

That meant Block and his team had to go to Englewood and interview everyday people to get their stories. It wasn’t an easy process. Even we made more like this just follow twoleftsticks

“We were trying to get out of the person’s way,” Block said, chuckling to himself. “We were just trying to get people to talk about their lives in the way they want to.”

Originally people in Englewood were skeptical of Block’s idea. “There was definitely some skepticism from people at the start. But I’m glad people were questioning us,” Block admitted. Those questions only made Block more eager to honor the stories and lives of people in Englewood.

Ultimately, many people were happy to talk to Block and his team. “A lot of the more traditional media outlets show up when there’s a shooting but not just to ask, ‘How’s your day?’ or to talk about the positive aspects of their life,” Block said. We Are Chicago aims to capture both the positive and negative parts of life in Englewood, the harsh realities, and the hope.

Part of that process involved overcoming less concrete obstacles. There’s a huge rift between Block’s life experience and the experiences of the predominantly black, predominantly lower class residents of Englewood. He and his team felt like outsiders at first, said Block.

But bridging that gap in understanding is a massive part of what Culture Shock Games wants to do with We Are Chicago. As Aaron, a young black man, players will have to navigate the harsh realities of life in Englewood. Exploring relationships to family, community, and society are all key components to We Are Chicago.

By placing players in the shoes of Aaron, Block hopes that players will start to understand the social factors that are at play in the lives of real people. Filmmakers and novelists have been telling these stories for a long time. But video games can tell those stories with true empathic connection.

“You’re being put in the position to make these choices and so you have to justify that to yourself,” said Block. “Our primary goal is to educate people about what’s happening…and to build empathy with people living in these situations.”

After four years of development, Block is hopeful that players will understand that vision. So far gamers have given him a lot of positive feedback. But, even more importantly, those living in Englewood have told him they can relate to a lot of Aaron’s story.

The commonalities in peoples’ stories – muggings by gunpoint, gangs approaching them at school – make up the fabric of We Are Chicago. And Englewood even took part in the development process. Local artists worked on art in the game and Tony Thornton, an Englewood resident, wrote the dialogue and much of the game. Block didn’t want to tell these stories for the people of Englewood. He and his team wanted them involved in the process. We Are Chicago is by the people, for the people.

THE POWER OF EMPATHY

Gamers have also come around to Culture Shock Games’ socially conscious storytelling. Block recalled one group of gamers at a convention who saw the game and were “making really disparaging and insensitive comments towards the characters in the game,” Block said.

However, one of them tried the game in VR. That changed everything.

“They had to engage with [the characters] as people and talk with them as people,” Block said. That one gamer came away understanding more about the people he had been insulting only moments before.

Block admits there may have been any number of factors at play here – he didn’t know this person’s background. But, “knowing that the game can reach people on that level is amazing to see.”

ALL GAMES HAVE A MESSAGE

Empathy and understanding are two things that are in short supply these days. At a time filled with hate and conflict, We Are Chicago could be an important game for building bridges. And, unlike many game developers, Block is unafraid to have a message or use his game as a political statement.

Games, whether or not they intend to be political, are always saying something. The ways they represent characters of different races, genders and sexualities are all statements. Players of all ages take something away from games, just like any other piece of art.

“There a lot of well-intentioned people that make games that fall short on representation,” Block admitted.

AFFECTING CHANGE, ONE PLAYER AT A TIME

In the end “the entire point is to be a positive change,” Block said. It’s about laying bare the social realities of people living in these situations. But perhaps more importantly, it’s about letting people know their actions matter.

“The big thing that we want people to take away is that you have an impact,” said Block. “Even if you don’t live in these neighborhoods.” Those with privilege make political and social decisions that always impact those at the bottom. Getting people to acknowledging that and fostering understanding – those are ambitious goals.

Hopefully, We Are Chicago succeeds and it reminds developers that games are a powerful tool for empathy and understanding.

Players can experience these stories themselves when the game launches on PC, Mac, and Linux on February 9. A portion of the proceeds will go to raising awareness and to the All Stars Project Chicago and Reclaim Our Kids, two non-profits.