According to new JAMA Network Open study, there is a link between US immigration policy and domestic health of immigrants.

The study says that after the 2017 federal order that led to suspension of travel to the US from seven Muslim-majority countries led to increase in emergency visits in Minneapolis-St. Paul area residents from those nations increased significantly. The study also points that there was already an increase in the primary care visits by members of the same population beginning November 2016. These changes in the health care utilization likely reflected elevated cumulative stress due to an increasingly hostile climate toward Muslims in the U.S., the authors say.

On Jan. 27, 2017, one week after taking office, President Donald Trump issued Executive Order 13769, “Protecting the Nation from Foreign Terrorist Entry into the United States.” Samuels said that when the order took effect, she and other medical colleagues wondered how the immigration policy might affect the health of people from Iran, Iraq, Libya, Somalia, Sudan, Syria and Yemen (the included countries) living in the U.S.

Similar policies have exacerbated levels of discrimination, hostility and “othering” that Muslims in the U.S. experience, she said, and research has shown that increases in hate crimes and hostility directed toward Muslims negatively impacts their health. For example, Samuels notes, after the Sept. 11 attacks, rates of anxiety, depression and low birth weights increased among Arab Americans.

However, because of the way demographic and health data is collected in the U.S., Samuels wasn’t sure if the changing health behaviors of Muslims in the U.S. was even something that could be measured, because health care administrative databases are not mandated to collect information on religious affiliation.

The result is that while there are smaller studies involving these communities, there is a lack of population-level data. But in researching potential study populations, Samuels discovered that health care provider and insurance company HealthPartners collected country of origin data on patients visiting clinics and hospitals in the Minneapolis-St. Paul area, home to the largest Somali Muslim community in the U.S.

In conducting the study, the researchers analyzed the HealthPartners database and grouped 252,594 patients receiving care between January 2016 and December 2017 into three groups: adults born in one of the nations included in the executive order; adults born in Muslim-majority nations not listed in the order; and U.S.-born non-Latinx adults. They compared changes in primary care and emergency department visits, missed scheduled clinic appointments, and visits they categorized as “stress-responsive,” among individuals from nations included in the executive order from one year before to one year after it was issued.

Study results suggested that adults born in Muslim-majority nations not listed in the order missed approximately 101 additional primary care appointments during the time period beyond what they would have expected to miss if following the trend of non-Latinx U.S.-born people. 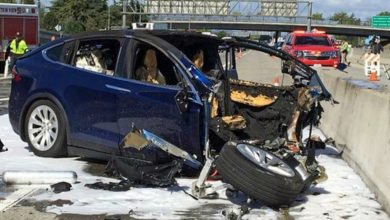 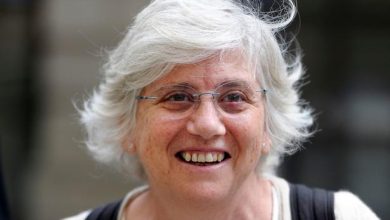 Discriminated or harassed Apple employees organize under the #AppleToo banner