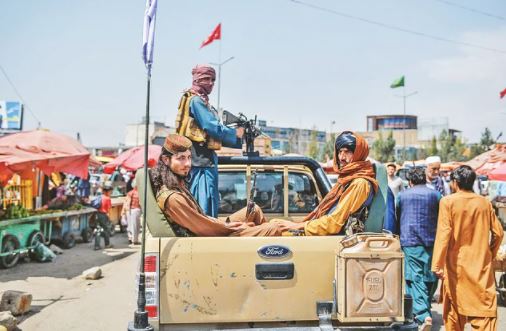 The Taliban has warned the United States not to destabilize Afghanistan’s ruling government. The warning came at the first face-to-face meeting between US representatives and their representatives since the Taliban took control of the country. AFP and Reuters news.

The two-day meeting started yesterday in Doha, Qatar. “We have made it clear to them that any attempt to destabilize the Afghan government will not work,” Muttaqi, Afghanistan’s foreign minister, told Bakhtar after the first day’s meeting.

In a statement, Muttaki said, “It would be good for everyone to have good relations with Afghanistan. No attempt should be made to weaken the current government of Afghanistan. Doing so could cause problems for the people. ‘

The US delegation is led by Tom West, the State Department’s Deputy Special Representative for Afghanistan, and Sarah Charles, a USAID humanitarian officer. The United States has not commented on the Taliban’s warning.

This is the first time a US delegation has met directly with Taliban representatives since the August 31 withdrawal from Afghanistan. Earlier, in 2020, the Taliban held secret talks with US authorities. The talks were led by US Special Envoy for Afghanistan Jalmai Khalizad. It is learned that Khalizad will not be present at this meeting.

U.S. officials said the meeting focused, among other things, on the safe evacuation of U.S. citizens, green card holders and other U.S. allies stationed in Afghanistan. In addition, they will press the Taliban representatives at the meeting to ensure the free access of international aid agencies to Afghanistan.

The US delegation will also urge the Taliban to ensure that Afghanistan does not become a sanctuary for militant groups, including ensuring women’s rights.
The Taliban is ready to form an inclusive government

Taliban leaders say the Afghan cabinet, announced last month, includes representatives of various ethnic groups. Now women will be included in the cabinet. In an interview, Suhail Shahin said the international community must respect the aspirations of the Afghan people.

On August 15, the Taliban overthrew the Western-backed Ashraf Ghani government and took control of Afghanistan. Since then, they have been trying to gain recognition from the international community. But Western nations say the recognition depends on the Taliban’s view of women and minorities in Afghanistan.