Six Palestinian prisoners, including a former leader of the armed wing of the Fatah movement, escaped Monday before dawn from a prison in northern Israel, via a tunnel dug under a sink, local authorities said.

In the wake of this escape, which occurred around 3:00 a.m. (midnight GMT), the Israeli police launched a vast manhunt, supported by the army, which made aerial observation devices available to them. The army, for its part, made aerial observation means available to the police and prepared its troops to intervene if necessary in the West Bank, Palestinian territory occupied by Israel.

Israeli authorities have not disclosed the identity of the escapees, but the Palestinian Prisoners Club, an organization based in the West Bank, has identified them. Among them is Zakaria al-Zoubeidi, who until 2007 was head of the Al-Aqsa Martyrs Brigades, the armed wing of Fatah under President Mahmoud Abbas.

Israeli Prime Minister Naftali Bennett described this escape as “a very serious incident” and indicated that he was regularly informed about the hunt for the fugitives. In a statement, Islamic Jihad, one of the main Palestinian armed movements, called the escape “a heroic act.”

In 2007, Zakaria al-Zoubeidi, a resident of the Palestinian refugee camp Jenin in the West Bank, pledged to lay down his arms in exchange for an agreement with Israel to remove him from its list of wanted Palestinians. But the Israeli authorities later reneged on the deal, with the Israeli internal security service Shin Beth claiming that the Palestinian had been involved in “various attacks”. And the man was arrested and jailed in 2019. 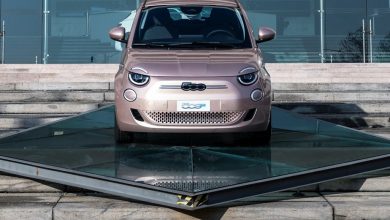 The ten essential skills of a good bot hunter