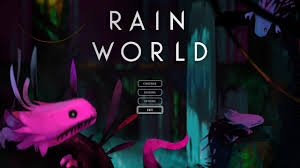 Games excel the most when they present a basic formula to the player with a deeper layer underneath. Titles such as Mario were simple games where players jumped and did their best to avoid enemies. But learning the idiosyncrasies of the world and design allowed a player to master the experience.

By presenting little to the player on the surface, a developer takes the risk that their audience may not uncover or understand what isn’t being told to them. The risks developer Videocult took in Rain World brilliantly pay off in a game that’s deceptively simple. What may appear to be another 2D indie platformer is actually a beautifully tense survival game that’s daringly original.

Controlling a character that’s a cross between a slug and an adorable cat, players navigate massive environments lurking with predators while they do their best to survive.

Survival may be a general theme in Rain World, but Videocult doesn’t handle it as obvious as past games. Besides eating smaller creatures or fruits, players don’t need to manage a hunger or stamina system. Rain World isn’t The Long Dark, nor does it aspire to be.

Instead, the ability to eat allows the player to hibernate in places of shelter discovered within the world. Serving as the save/rank system, these hibernation rooms are critical once it begins to rain in the world. Being a mere slugcat isn’t easy, and as such the world is prone to flooding once the rain begins to fall, hence the title of the game.

Finding new hibernation rooms — and sometimes getting to them — is part of the difficulty in Rain World since the world is massive. Rather than coming across one-off locales with loading, the world in Rain World is seamless, alive, and cohesive.

At times, progressing through the environment isn’t easy, both by design and due to the execution of slugcat’s controls. Part of Rain World’s appeal is that the world itself is a puzzle through figuring out how to get to areas. Navigation is sometimes easy since there are tunnels the player can access to get from one side of a location to the other. But there’s still some thinking required in figuring out how to get to places since slugcat is less than nimble.

If there’s one major detriment to Rain World it’s that the controls feel a tad unresponsive at times.  Despite meaning to convey slugcat’s character, the controls can be troublesome. Things like jumping or grabbing onto poles, of which there is plenty, feels touch and go. Sometimes it’s easy to jump and grab something, and other times slugcat falls flat on their squishy white face. Playing through Rain World, slugcat feels like a distant cousin of Sackboy from LittleBigPlanet since there’s a similar floaty, and imprecise, feel to the controls and movement.

Again, this is fine to a degree, since it’s part of the world and vision that Videocult wanted to create. In cases when it becomes difficult to do a simple task such as entering a hibernation tunnel, players may, however, wish the controls were tweaked.

Avoiding the rain and doing a mad dash to a hibernation room isn’t the sole thing that players need to worry about. Like a real eco-system, there are creatures much larger than the slugcat who are more than happy to eat it.

What’s impressive about this aspect is that all the creatures have their own patterns and unique A.I. This means players won’t stumble across the same enemy placement while starting anew. Going through the game it becomes fascinating to look at the patterns of the enemies since Videocult did a fantastic job with the design and animations.

The spontaneity of the world includes enemies attacking each other, sometimes eating smaller predators in the process, thus making life a little easier. Luring enemies towards one another or traps is part of the fun that’s to be had within the moments of horror Rain Worl offers.

Enemies also have fascinating designs since they start off small with those akin to alligators. Then, more frightening things appear such as nightmare-inducing creatures for those who suffer from arachnophobia.

Most of the time it’s best to run when facing an enemy since living is better than dying. Though basic attacks are present in the game, but in a subtle way. Rather than offer melee combat, Rain World allows players to pick up objects, such as a stick to use as a weapon. Landing a successful hit though requires precise timing and aim so the game doesn’t become easy in this instance.

Rain World isn’t a combat game, but the nuanced layers it has for the behavior of the world and enemies is intriguing and addicting.

Much like Journey and Limbo, Videocult has created a densely interesting world within Rain World. At first, the game may appear to be nothing more than artistic take on a nature-based environment. With the narrative being indirect, and not an emphasis, a lot of things are open to interpretation. This raises questions while playing once industrial elements and graffiti art appear in the world.

The design and mixture of elements in Rain World are fascinating since it’s an immediate attention grabber. It may sound like Videocult was swinging and hoping for a homerun within its audience, but Rain World doesn’t go off the deep end. While there is an abundance of elements in the world and it’s artistic design, they all make sense. Rain World has the weird beauty one would expect from David Cronenberg, and because of this, the art direction excels.

Putting players on a journey of survival, Rain World is a game whose simple appearance shouldn’t discourage players. Aside from controls that add unrequired difficulty, Rain World is a fantastic game thanks to its execution and imagination. Rain World proves that appearances can be deceiving in the best way since it’s another standout title for 2017. 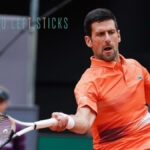