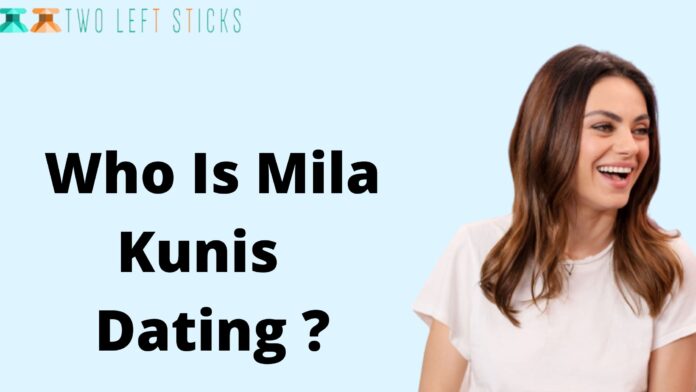 Mila Kunis Dating Life : Milena Mila Kunis is an actor. She was born on August 14, 1983 in Chernivtsi in the Ukranian SSR to Elvira & Mark Kunis. She started by playing Jackie Burkhart on the television series That 70’s Show at 14. Mila gave voice-over for the character of Meg Griffin for the animated series Family Guy. She got critical praise & accolades for her performance in the psychological thriller Black Swan. Mila’s other big releases were The Book of Eli, Max Payne, Friends with Benefits, Bad Moms, Wicked Witch of the West, and Oz the Great & Powerful.

Mila has an older sibling, Michael. Her grandparents were Holocaust survivors. Her parents moved to LA in 1991 because they didn’t see any future for Mila and her brother Michael in the Soviet Union. Mila is Jewish and cited that antisemitism as one of the reasons why her family moved to the United States. She went to Hubert Howe Bancroft Middle School. She graduated from Fairfax High School in 2001. Kunis attended the University of California very briefly. 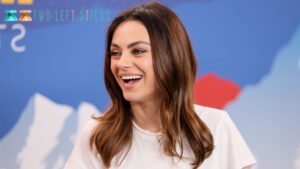 Mila’s father got her into acting classes when she was nine at Beverly Hills Studio. She landed a commercial for Barbie after her first audition. Her first television appearance was in Days of Our Lives. A few months down the line, she made an appearance in Baywatch. She did a few supporting roles in Gia with Angelina Jolie portraying young Gia, Honey; We Shrunk Ourselves. She was cast in That 70’s Show as Jackie Burkhart. The show lasted for eight seasons. Kunis starred in the horror film American Psycho 2, the sequel to American Psycho. She played Rachel Jansen in Forgetting Sarah Marshall; the film received positive reviews.

She became an assassin for Max Payne with Mark Wahlberg; the film was based on a video game. Mila Kunis starred in an action film with Denzel Washington’s The Book of Eli. In 2010, Mila was cast in Darren Aronofsky’s Black Swan, and she received nominations for several awards, including her first Golden Globe for her performance. Black Swan got global acclaim. Following year, she did a romantic comedy with Justin Timberlake, Friends with Benefits; both Kunis and Justin received positive reviews and praise for their on-screen chemistry.

Kunis starred in her most commercially successful film, Ted with Mark Wahlberg. Mila portrayed a witch in Disney’s Oz the Great and Powerful opposite James Franco. She was seen in a crime thriller Blood Ties in 2013 and a science fiction film with Channing Tatum, Jupiter Ascending, in 2015. She co-starred with Kristen Bell & Christina Applegate in Bad Moms in 2016; the film got mixed reviews. Kunis reunited with her co-stars for a sequel to Bad Moms. Kunis’s films have received mixed reviews, except for a few movies that did well. Time magazine includes Mila Kunis in the annual list of 100 most influential people in the world in 2022. 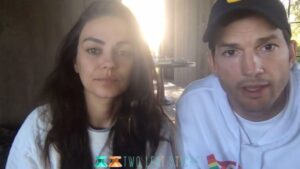 Mila Kunis was dating actor Macaulay Culkin in 2002; while courtship, there were rumors of them getting married, but Mila refuted the rumors. They split in 2011. Mila started dating her co-star from That 70s Show, Ashton Kutcher, in 2012. They got married in 2015 and have two kids together. 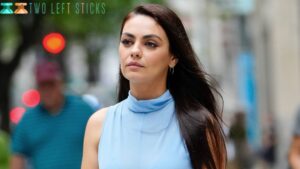 Q: What is the real name of Mila Kunis ?

A: Both Mila & Justin starred together in Friends with Benefits and were praised for their chemistry in the movie. But they never dated each other.

Q: How old was Mila Kunis when she moved to the United States?

A: Mila Kunis was seven when her family moved to the United States because her parents didn’t see any future in the Soviet for their kids.

Q: How did Ashton & Mila meet?

A: They both met while doing That 70s Show in the mid-1990s. Then they met again years after the show ended, started dating, and are married with two kids.