30 years ago, on the evening of August 25, 1991, Linus Torvalds posted a short message on Usenet.

Hello to all Minix users

“I’m creating a free operating system (it’s just a hobby, it won’t be big and professional like GNU). I’ve been working on it since April, and it’s starting to get ready I would love to have some feedback on the things people like / dislike about Minix because my operating system looks a bit like it (same physical layout of the filesystem (for practical reasons) among others).

I have currently ported bash (1.08) and gcc (1.40), and things seem to be working.
This implies that I will get something practical within a few months, and
I would like to know what features most people would like. All suggestions are welcome, but I do not promise to implement them: -) ”.

Minix is ​​a Unix-like operating system based on a micro-kernel. It was created in 1987 by Professor Andrew Tanenbaum for educational purposes. The Minix license was cheap in order to be accessible to students, but Minix was not freely distributable like Linux is.

Today Linux has largely imposed itself for its reliability and stability, especially in the world of servers. In the end, Linux got big and professional 🙂

Linux is initially only a kernel and many consider that the distributions built around it should be called GNU / Linux systems. Indeed, Linux as a kernel came to supplement the software of the GNU project launched by Richard Stallman in 1983, wanting to lead to a free operating system compatible with UNIX.

For Joe Biden, the Afghan crisis turns into a disaster scenario –

a Node.js development environment in the browser 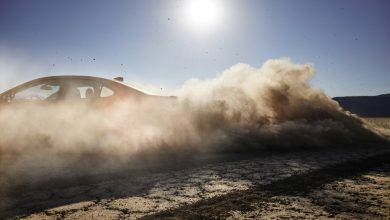 Subaru | Next Subaru WRX to be unveiled on August 19

Joe Biden and the White House burnt out by the media –