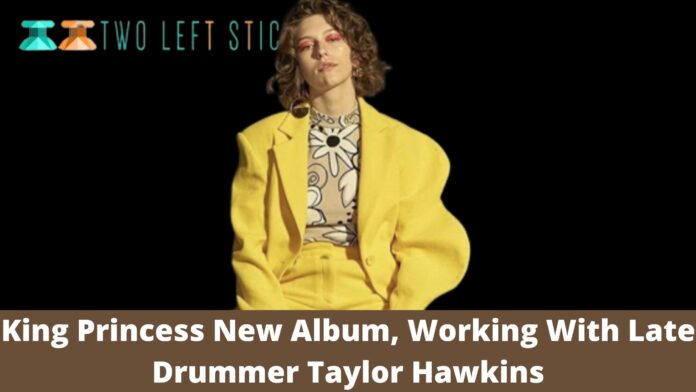 King Princess New Album: There Is An Overarching Theme Of Self-Reflection And Self-Assurance Flowing Through Hold On Baby, The Pop Singer’s Most Recent Album. In The Mirror, You Must Convince Yourself, ‘You’ve Got This.’ Mikaela Mullaney Straus, a singer songwriter and rising star in the LGBTQ community, was born and raised in Brooklyn, New York. She has a new full-length album, Hold on Baby, available now. Straus was first given the name Mikaela Mullaney as a nickname when she was a newborn. I Hate Myself, I Want to Party” is a modern indie-pop tour de force, while “Let Us Die” is a triumphant chorus of “And only I can bring me down.” Mark Ronson, Aaron Dessner, and Bryce Dessner (The National) are just a few artists who lend their talents to the album’s production, which continues to deliver on its promise. No matter how rough the road becomes, it would help if you remain firmly fastened to your seatbelt. EW sat down with the artist to learn more about her latest work, her connection with Taylor Hawkins, and how she drank in her underwear while creating it.

Straus’ “Let Us Die” music video has been published today. In an Apple Music 1 interview with Zane Lowe, she called it “possibly the finest song I’ve ever written” and talked about working on it with percussionist Hawkins. 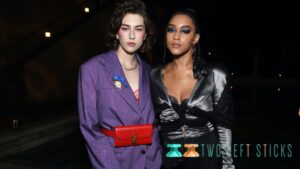 I Really Want To Achieve This, “Lowe Was Informed As A Result Of Her Actions. “This Is Just What I Need.”

Listening to Alanis Morissette has the same impact on me as this does. In pursuit of this goal, I’ve been working hard. After hearing the song for the first time, Mark exclaimed, “This is great,” which is unusual for him to remark after hearing music. As a result, I was fully cognizant that it was an extraordinary and unforgettable occurrence.

“‘But we need a drummer who will make this come to life,’ he remarked. To be considered authentic, the drums must be performed by an actual human being, not a machine. To convey a broad spectrum of human emotions, a song like this has to utilize every instrument available.

He recorded it in their studio while King Princess and I were in Brooklyn and fed it via the console when he was there.” And then there was my father, who was sitting there and watching things unfold. It’s impossible to put into words. I was compelled to act on it. It was out of control.

The two of us would FaceTime whenever there was no work. Hawkins was always kind.‘How was that?’ was [Hawkins’] standard response. I couldn’t help but exclaim, “Wow!” In response to the question, “Do you want to do it again?” the narrator answered, “Yes, let me do a few more.” If you like them, I’ll make some more.’ He went out of his way to do this. 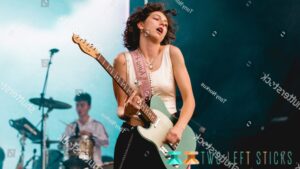 He worked on it for as long as he felt he needed to until the song was done. Furthermore, he went above and above the call of duty in terms of courtesy and consideration. I’m overwhelmed by gratitude, “he commented at one time. In general, I enjoy performing,and this specific song is a personal favorite. He recently told me that he enjoys playing the drums. He inspired us all, a drummer who has played in many bands and projects for so long. Their initial ardor for their instrument is still present and undiluted.

When asked how she dealt with the loss of her friend, Straus said, “I texted Mark.” I’ve
never heard of him before.Working with Hawkins was perhaps the most transforming event in my life,” she stated in a follow-up statement.

I asked, “Did you feel any pressure when producing “Hold on Baby”?” and you said, “Yes.” King Princess said, “I’m not sure about the success,but I think this album is better than my first record [2019’s Cheap Queen].”

“Consequently, I am satisfied with the outcome and believe I have achieved my goal. I am confident this is the finest job I have ever had on my CV. The artwork took a lot of time and effort to create. My zhuzh is right there in your hands. All I have to offer is music based on my experiences and feelings.” 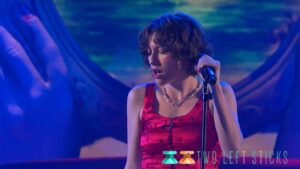 Q: Who is King Princess?

A: King Princess is an American singer. Her real name is Mikaela Mullaney Straus.

Q: What is the name of King Princess’s new album?