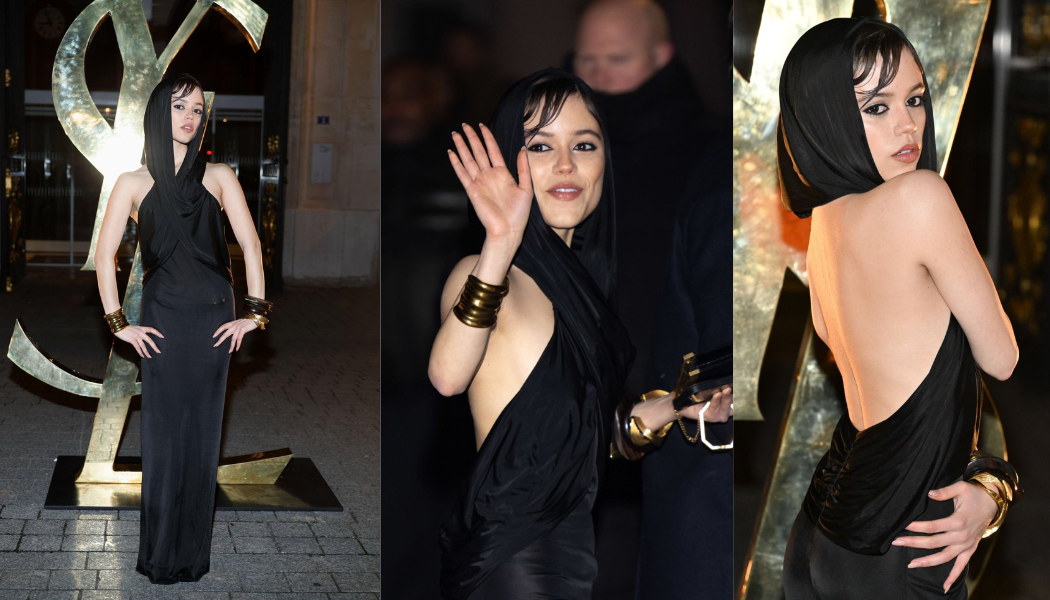 The actor chose a simple makeup look, with a swooping bang under the hood of the garment and thin black eyeliner around her eyes. She completed the look by adorning her wrists with gold, massive bangles, the newest iteration of the Y2K fashion revival poised to take over (and a favorite styling trick from the Saint Laurent runway).

Since the debut of “Wednesday,” Jenna Ortega has generated a lot of buzz in the fashion world. She established herself as a recognized fashion icon when she wore an exquisite Versace lace gown and veil to the show’s black carpet in November. Then, the former Disney Channel star wore a Gucci Twinsburg gown to the Golden Globes earlier this month.

The Saint Laurent hooded design has been worn off the runway by stars  Rosé,  Beyoncé, Kate Moss, Lori Harvey, and Miley Cyrus. Jenna Ortega is the newest superstar to support it. We don’t anticipate the sightings to go down any time soon.

The year 2022 marked a turning point in the actress’ career. Ortega won accolades from critics for portraying the show’s title heroine in the well-liked Netflix series “Wednesday.”The sitcom is based on the well-known Addams Family franchise characters.

The dates for Paris Men’s Fashion Week are January 17–January 22.

This season’s calendar included Givenchy, Yohji Yamamoto, Issey Miyake,  Rick Owens, Dior, Louis Vuitton, and Paul Smith, among other designers and businesses. The presentations and runway displays for this season are all live events.

Fundamentally, Saint Laurent looks at the limits of art in the context of clothes. Fashion and art are conscious of the thin line separating them, but instead of crossing it, it cautiously admires from the edge.

The polished and defined style of Japanese architect Tadao Ando created the dome at the Bourse de Commerce – Pinault Collection, where the presentation was held, inspired Anthony Vaccarello’s most recent menswear collection. This thematic quest is continued in this collection.

The collection’s minimalist color scheme of black, white, navy,  nude,  and silver emphasizes shape and texture boldness rather than color. Instead, to continue Saint Laurent’s continuing sartorial dialogue about the place of gender in fashion, the whole collection makes use of tactile techniques to combine masculine and feminine elements. 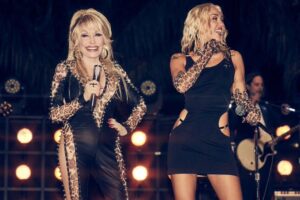 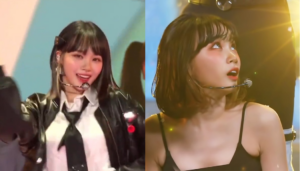 Next post Chaewon is not dating, as confirmed by LE SSERAFIM’s Agency
Gary Wood