Jackson Wang, a Hong Kong rapper and vocalist, released Magic Man as his second studio album. The album garnered favorable reviews from critics, who praised Wang’s vocal experiments and fresh sound. It debuted at number 5 in South Korea and 15 in the United States.

Intending to release it by the end of the year, Wang’s second full-length studio album preparations started in the spring of 2020. However, between 2020 -2021, the singer suffered a mental breakdown during which he started to feel lost, unsure of his identity and what he was doing. Jackson was convinced that he wasn’t trying hard or hard enough.

After a year and a half, he opened up to friends about his issues for the first time. The feeling of rebirth inspired him to decide to start over as an artist and a person, leaving behind his previous self. He also wanted to show the public a more honest side of himself, good or bad. The album’s release date was postponed.

Most of the album, which is about setting off on a journey of investigation and research of the new self and unveiling Jackson Wang’s current identity, is inspired by Wang’s burnout. The title and the subtitle “The longer the night lasts, the more our fantasies shall be” were revealed in the closing credits of the music video for July 29, 2021, single “Drive You Home.” 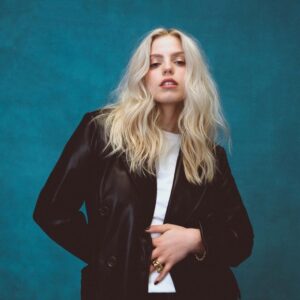