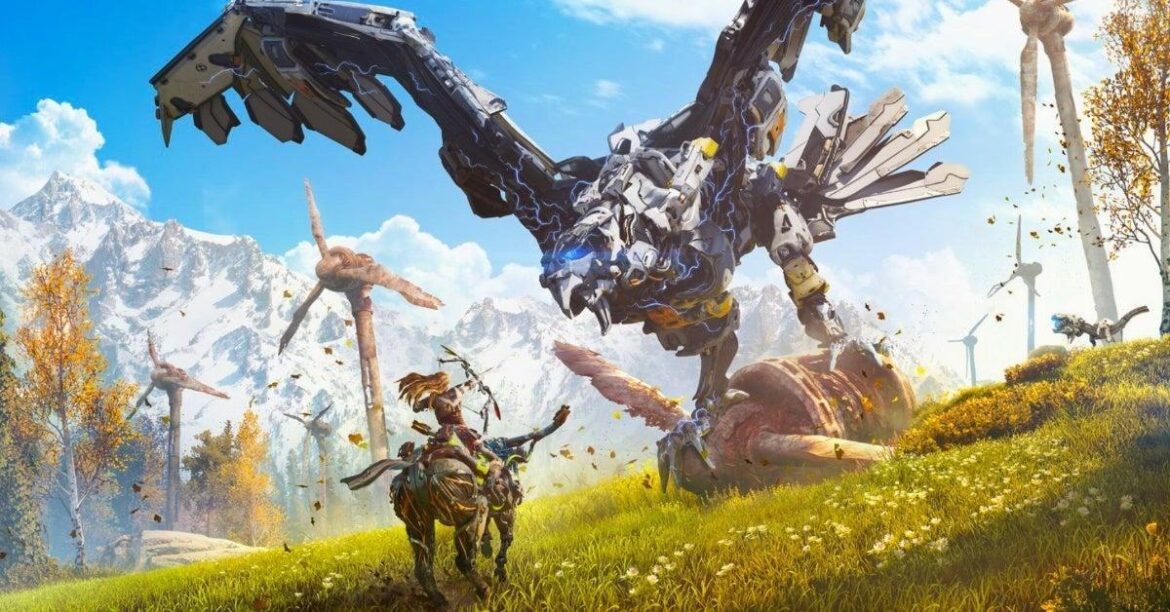 It would seem, however, that Sony’s emphasis on strong first-party IP has come up short in the PS4-era. In the three-plus years since launch, the company has launched important exclusives like Bloodborne, Until Dawn, Uncharted 4, and The Last of Us Remastered. But those are either third/second-party games, continuations of past series, or rereleases of games that launched on the PS3.

For three years, fans have waited patiently for Sony’s bevy of first-party developers to begin showing what they can do with the new hardware, and it appears that later this month, the shout that unleashes the avalanche will finally come. Horizon Zero Dawn will release on February 28, proceeded by a level of anticipation the PS4 hasn’t seen since the launch of Uncharted 4.

Guerrilla Games — the studio behind the Killzone franchise — announced the project at E3 2015, marking a complete change from their previous work. Killzone aimed to be Sony’s flagship FPS series, but despite solid gameplay and above average to great reviews, the franchise could never quite garner much in the way of relevance in the genre. Horizon, on the other hand, looks to deliver something entirely different than the Killzone series. Where Killzone delivered a linear, first-person shooter with tight mechanics, Guerrilla created Horizon as a vast open-world with fluid gameplay and an emphasis on exploration.

“It’s a big world,” said Guerrilla Games Managing Director, Herman Hulst in an interview with IGN. “It’s never been our ambition to make the biggest possible world, cause it’s not really about that, it’s about the quality of the journey and the quality of the tactical combat against these machines. But it’s a vast world that’s hours and hours of exploration in this post-post-apocalyptic playground.”

Oddly enough, despite the proliferation of open-world games across the industry, Sony’s first-party studios have rarely tackled the genre, with Infamous, Gravity Rush, The Getaway, and Sly Cooper serving as exceptions. This reality is not for a lack of a market. Open-world games continue to find success throughout the industry, and given the pedigree of talent working on Horizon Zero Dawn, it seems fans of the genre will have plenty to sink their teeth into. Sony Bend has also shifted focus to the open-world with their recently announced survival horror game, Days Gone.

Sony has shown their female lead scaling robot dinosaurs (that are totally not dinosaurs), wielding a bow with great skill, and donning an already iconic mane of red hair. The mystery surrounding her character makes her all the more intriguing. The robots that have taken dominion over the world come across as enemies to humanity, yet Aloy seems to possess a particular connection with them. Giuseppe Nelva from Dualshockers asked Guerrilla Games Senior Director Mark Norris about the bond.

“I think the line you’re specifically referring to is the one in the E3 demo in which she says ‘Sorry little one, I couldn’t let you call for help,’ and that’s actually an incredibly important point about what’s happening inside Horizon: Zero Dawn,” Norris responded. “Aloy is an incredibly unique character, and she’s not actually representative of all of the rest of the different tribal humanity that you see in the E3 demo. She does have a little bit of a special relationship with the machines.”

Players felt an attachment to Joel and Ellie that far outweighed the meticulously fleshed out world that surrounded them. Relationships between Nathan Drake and his cohorts had just as much impact as the explosive set pieces found in Uncharted. While the sprawling open world of Horizon will factor into how fans receive the game, the depth of Aloy’s character plays at least an equal — if not more important — role. That truth doesn’t seem lost on the Horizon team.

Sony originally intended to launch the title in 2016, presumably sometime in the holiday window or shortly before. However, in June 2016, the studio announced the game would instead launch in February 2017. The delay did not come as a shock, and most assumed Sony simply didn’t want the game lost in a packed holiday season. The end of 2016 saw the launch of Gears of War 4, Mafia III, Call of Duty: Infinite Warfare, Battlefield 1, Titanfall 2, Dishonored 2, and a slew of other anticipated titles. Look no further than the dismal release of The Last Guardian and it’s subsequent price drop to see the suicidal approach a holiday release would’ve been for Horizon.

If the industry has proved anything in this generation of consoles, it’s that there is no unfit time to launch a game. In fact, the general consensus that the holiday window yields the best results no longer rings true across the industry. The inverse proves true. Dying Light launched in January. The Witcher 3 released in June. The original Titanfall had a March release date. A good game sells well regardless of launch window, and shoehorning a title — especially unproven — against longstanding juggernauts does a disservice to the title.

A February release date for Horizon could be just what the doctor ordered for a successful launch. The disposable gaming coffers have refilled from the holiday splurge, the surrounding Tuesdays are devoid of similar open world games, and Sony’s marketing can focus solely on pushing Horizon as the game to have in Q1 2017.

As we look forward to February 28, let’s not forget that this is simply the beginning. Sony has spent three years packing the powder in their first-party canon, and the fuse is as short as ever.