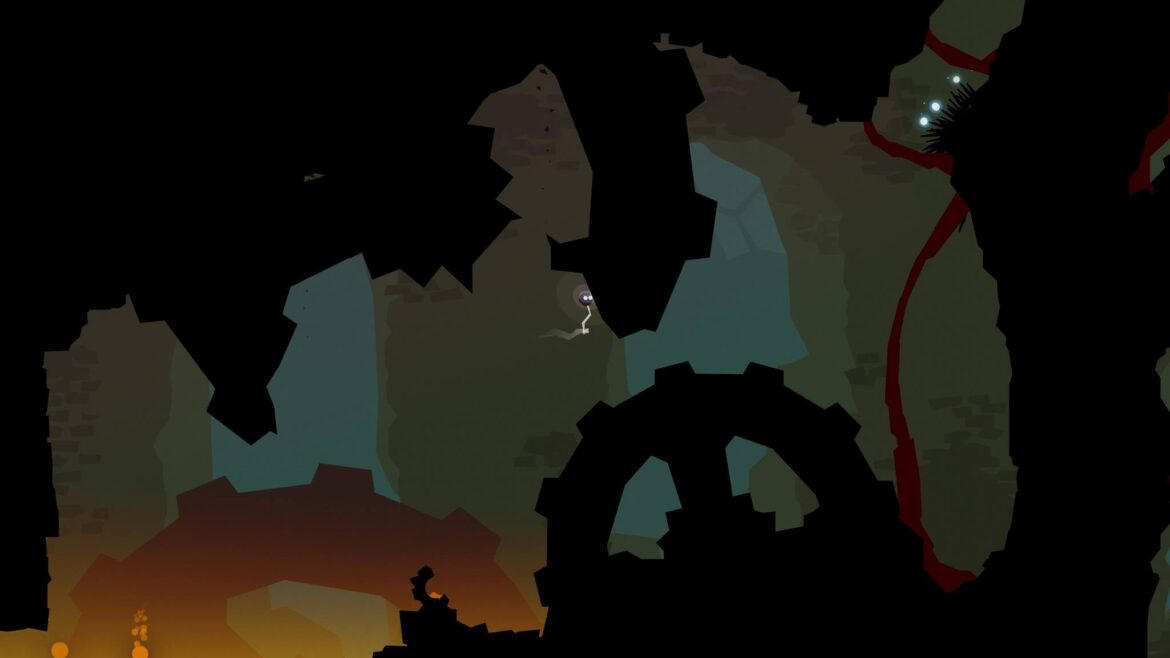 Genres in gaming can be both a blessing and a curse. At times they can help a game thrive when it has a goal or design perimeters. Though fulfilling pre-defined genre traits can also hold a game back as it’s trying to match titles which are classics. Developer MixedBag, however, has crafted Forma.8, a game which lives up to the Metroidvania genre, but manages to make it it’s own.

GOING INTO THE UNKNOWN

Assuming the role of a robotic drone sent to survey an alien planet, Forma.8 immediately thrusts players into the unknown. It’s from here, and with little set-up, that the game flourishes. From the start, a true sense of exploration is in place that’s enjoyable and fits the premise perfectly. The player is going into this unknown alien world as the robot is, all while hoping the natural elements don’t get the best of them.

Following the metroidvania genre tradition, the world of Forma.8 has unique sections, each of which includes various room/areas to explore. Despite adhering to this conventional genre aspect, Forma.8 feels unique and in a way, organic.

Environments have a natural flow of small passages deep inside the planet complete with water and lava. More industrial areas, of an ominous note, are wider and have technological threats to combat. Despite being funneled into these areas, there’s a sense of being able to go wherever, whenever. That isn’t always the case though since some areas have locked doors requiring keys or an environmental hazard. But being able to go inside a massive cave and deciding where to go on a whim feels perfect, and again captures a true sense of exploration.

There are moments when it does become a bit puzzling about where to go exactly. But considering the nature of the game, exploring an alien planet, this again feels like a sense of transference upon the player. That said, Forma.8 never feels frustrating or unfocused. There’s always a goal in sight, and game pace is perfect between exploration, tense sections, puzzles, and boss encounters.

As players make their way through the interior and exterior of the planet they can expect a few obstacles. More often than not, these consist of small enemies, while a few larger entities, such as bosses, appear from time to time.

First off, Forma.8 isn’t a combat game. Players expecting a more sci-fi version of a character using a whip weapon or even becoming a big ball shouldn’t expect such a thing. That said, players do have some offensive capabilities in Forma.8. These offensive tactics include a stun which can also destroy smaller enemies when used twice.

For more definitive results, the game also has a missile. What’s interesting about this is that players can drop the missile in a stationary position. Once dropped, the missile then explodes after a few seconds. But players can also drop the missile and then move around it, which targets it towards a direction. It does take a while to get the hang of this, and the feeling is rather tense while doing it amidst a boss shooting fire.

While combat isn’t the focus of Forma.8, it’s often tense when it does surface.  Even the most basic of enemies pose a threat, and often will follow the player unless an obstacle appears, such as water or a small passage. Bosses are traditional in design with attack patterns, but MixedBag has added clever elements which require thought on the part of the player.

At times players may have the feeling of wishing Forma.8 had more weapons to use. But considering that the main character is a recon/exploration drone, it doesn’t make sense to have lasers, mines, or machine guns. So the more understated nature of the weapons in Forma.8 is fine considering the universe MixedBag has presented.

What’s even better about Forma.8 is that each area in the game has a different vibe to it. While the basic enemies may stay present throughout, the environments all boast different designs, patterns, and color palettes. MixedBag has done a tremendous job with the visual design of Forma.8 since it’s simple but manages to say a lot.

The usage of primary colors and composition of objects creates a striking game with amazing views. While it would’ve been nice to have a few more small visual effects to help sell the atmosphere of the planet, such as areas that are near lava or the ocean, Forma.8 still provides a stunning sense of style and elegance.

A perfect balance of elements, Forma.8 is an engaging game. There’s a constant sense of unknown wonder, and a desire to keep exploring, even during tougher sections. By saying little in terms of lore and presenting an almost subdued style, MixedBag has allowed players to make Forma.8 their own in a way, and the result is an early standout of 2017.