The end of the mission in Afghanistan, with the death of twelve American soldiers, turns into a catastrophic scenario for Joe Biden, faced with his most serious crisis and as if paralyzed by a situation that he had not seen coming.

The 46th President of the United States was due to speak Thursday at 5 p.m., several hours after the double attack near Kabul airport – the deadliest for the American military since August 2011.

As has often been the case for the past two weeks, he had to turn his agenda upside down, postponing an important meeting scheduled with the new Israeli Prime Minister Naftali Bennett.

“It is a major crisis that is unfolding under his presidency,” Ian Bremmer, president of the expertise company Eurasia Group, told AFP.

By his own admission, President Biden did not “foresee” the speed of the collapse of the Afghan army, trained, equipped and financed for years by Washington, and the fall of Kabul into the hands of the Taliban.

And as was the case with the conflict between Israel and the Palestinian Islamist movement Hamas in May, his government appears to be struggling to adapt to the unexpected on the international stage.

The moments of hesitation have followed one another since the Taliban victory on August 15, which surprised Joe Biden at Camp David, a vacation spot for American presidents. At first silent, and much criticized for it, the 78-year-old Democrat has since increased his number of speeches, but mostly refrained from answering questions from the press.

His intervention was delayed by about five hours on Tuesday as the world waited to see whether he would give in to international calls for a postponement of the August 31 deadline for the US withdrawal – and therefore for them. operations to evacuate foreigners and Afghans threatened with reprisals by the Taliban. He finally announced that he was maintaining the deadline.

“The president must go out to the public and take questions”, “he does not pose as a leader in times of crisis”, regrets Ian Bremmer.

Joe Biden, who wants to unite, confirmed the decision of his predecessor Donald Trump to withdraw all American troops from Afghanistan, to end the longest war in the history of the United States. For years, the former senator has shown himself to be in unison with an American opinion weary of America’s “endless wars”.

But he is now criticized from all sides for the management of this withdrawal, and for not having organized the necessary evacuations earlier, forcing the American army to return forces in disaster to secure the airport and manage in the mess a gigantic airlift, bereaved Thursday by the attack of the jihadist group Islamic State.

“This tragedy should never have taken place,” lamented Thursday his Republican predecessor Donald Trump, who had already called for his resignation last week.

“Joe Biden has blood on his hands,” added Republican MP Elise Stefanik, denouncing his “weakness” and “incompetence”. “He is unfit to be commander-in-chief,” she hammered.

Many observers draw a parallel with the attack in Benghazi, Libya, which claimed the life of the United States ambassador in 2012, and which poisoned the administration of Barack Obama.

“I don’t know if Biden will be permanently weakened” by the Afghan crisis, Mark Rom, professor of political science, told AFP. “But the Republicans are going to do anything to make it happen.” This shower of criticism blurs communication from the White House, eager to focus on the progress of the president’s gigantic economic plans for infrastructure and social spending – supposed to allow the United States to “win” the competition with China , the only real priority of his government’s foreign policy.

Above all, his popularity has collapsed for ten days in the polls, even though a large majority of Americans agree with him that the United States should withdraw from the war in Afghanistan.

For Charles Franklin, director of the polling institute at Marquette Law School, “the political question, once we have completed the withdrawal, is whether the majority will be satisfied that we are gone.” “If so, then the controversy could fade away.” 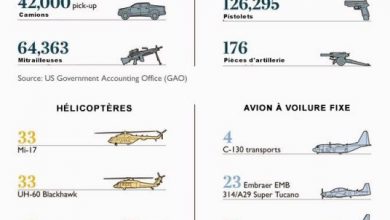 Taliban now have access to $ 85 billion in US military equipment – 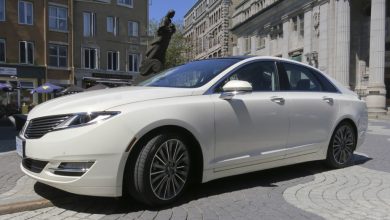 Expert advice | The automobile in question 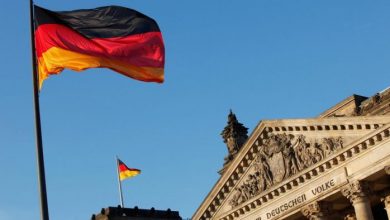 German man tried for espionage for the benefit of Russia –