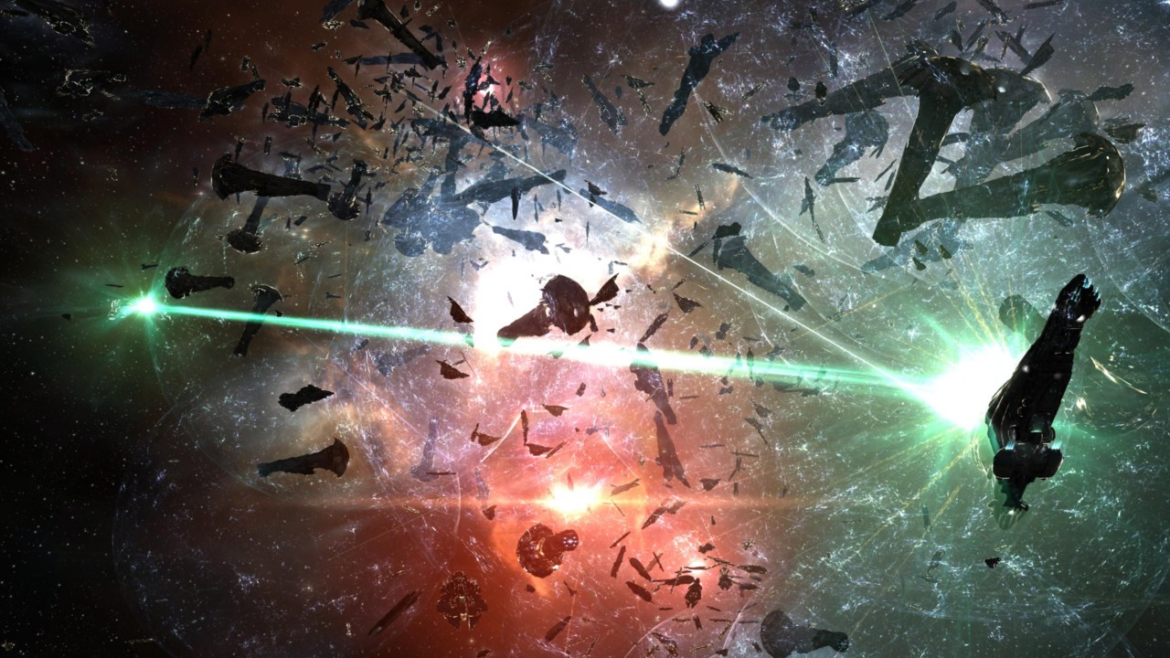 EVE developer CCP announced late in August 2016 that their flagship MMORPG will receive a new free-to-play tier. As of last week, the update is live and anyone can join the world of New Eden.

Players will start the game as an “Alpha Clone”, which is EVE’s title for F2P players. Alpha Clones have complete access to CCP’s world but will be limited in what skills and ships they can use. The original subscription model is still available, and those players are now called “Omega Clones.”

EVE Online has been going strong since May 2003. It’s a game that precedes even Blizzard’s juggernaut, World of Warcraft. EVE is alive and well thanks to the niche it fills for space exploration enthusiasts. The game has also cemented its place as a cutthroat sandbox MMORPG where anything goes.

However, despite the long history and reputation that EVE has, it’s not immune to losing players. In 2015, EVE experienced a record-low in subscriptions, and the concurrent player count dropped to 21,000 from a peak of around 36,000. But public exposure wasn’t the problem with EVE. In fact, a gigantic in-game battle was reported on the BBC in 2013, and ads for the game are everywhere.

Instead, in-game mechanics and, more importantly, player retention are the most likely the reasons for the game’s declining player count. At EVE Fanfest 2016, massivelyop discovered that 1.5 million players signed up for EVE in 2015, but 51% of them quit within the first two hours. The massive influx of players says a lot about the draw of EVE’s universe. But something is preventing them from sticking around.

A GROWING TREND OF F2P TRANSITIONS

Many premium MMORPGs have turned into F2P titles over the past couple of years. In addition to EVE, NCSoft announced that the Korean version of Blade and Soul will go F2P during December later this year. Blade and Soul is currently F2P in every other region, and there is an optional subscription for more convenient features such as an in-game wardrobe and login priority when there are queues.

Some games decide not to go fully F2P, and instead change their subscription models into buy-to-play models, with an initial cost but no mandatory subscription. ArenaNet has been an advocate of this model, and both of their MMORPG titles (Guild Wars and Guild Wars 2) have been buy-to-play since the beginning. The Elder Scrolls Online and The Secret World also ditched their mandatory subscription models. Both games have seen more success since the switch, but they still offer paid subscriptions for additional features and DLC.

Games like World of Warcraft and EVE, while not F2P, can be played in a F2P fashion thanks to purchasable subscriptions with in-game currency. EVE’s Pilot License Extension (PLEX) is a token worth 30 days of play time and is purchased directly from CCP. It can then be sold on the in-game market for ISK, which is the in-game currency. World of Warcraft offers a similar system with its WoW Tokens. For dedicated players, it’s not impossible to sustain the cost of a subscription by simply playing the game.

WHAT DOES IT MEAN FOR PLAYERS?

The main issue with allowing more players into a game is the quality of the player-base. Games like EVE thrive on interaction, and an influx of clueless newbies doesn’t do much to improve it. There is no investment required, which also opens up the possibility of botters and hackers who can make an infinite amount of accounts to negatively affect the game.

However, for most gamers, the F2P model makes it possible to try a game that was previously locked behind a pay wall. The thought of a recurring subscription puts many players off games like World of Warcraft and Final Fantasy XIV. The infinite free trial that World of Warcraft offers gives players a glimpse into what the game is like. But for an MMORPG where end-game content is the primary focus, it’s arguable that it doesn’t help to sway players.

As a sandbox game, EVE doesn’t put the same emphasis on end-game content as other MMORPGs do. The Alpha Clone version limits what skills and ships the player can use, but it doesn’t limit the world they can explore. It’s somewhat of a half-way point between World of Warcraft’s “trial” version and a regular F2P title, and it will most likely draw in more players that found a subscription model off-putting.