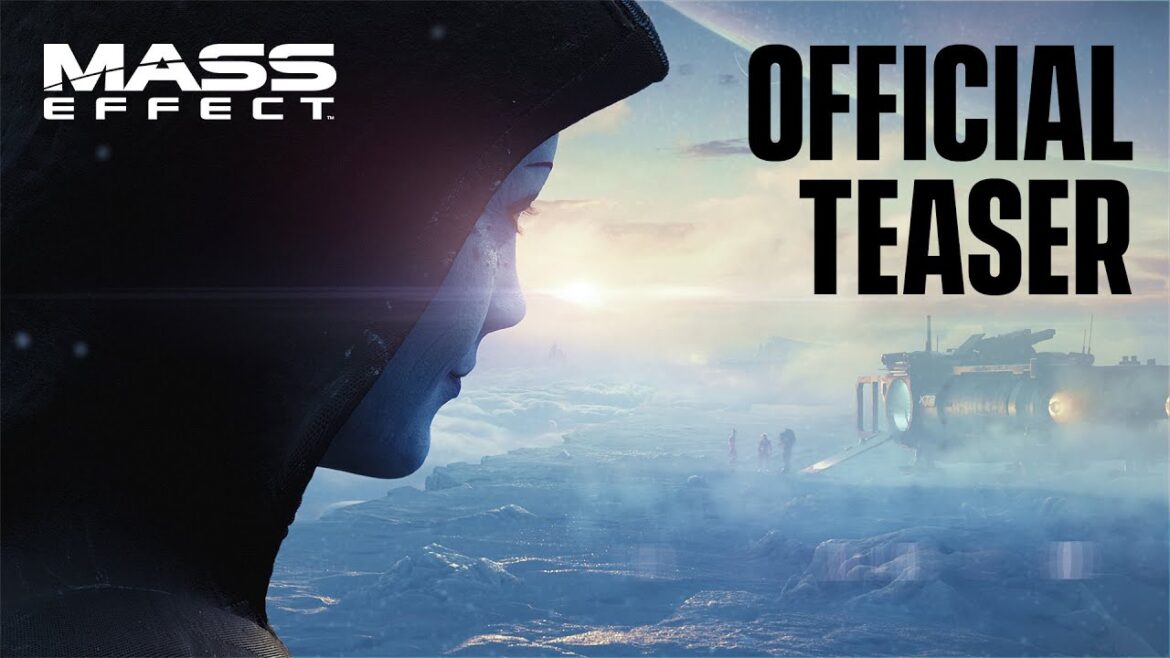 BioWare’s general manager Aaryn Flynn came on stage to introduce the footage. He explained that this footage was part of the loyalty mission for new Asari squadmate Peebee.

The trailer starts with footage of the Tempest, Andromeda’s answer to the Normandy. It goes on to show off more of Andromeda’s dynamic combat and the various combat roles the player can adopt as the Pathfinder. This short glimpse showed the types of classes the player can pick from. Alongside old favorites like the Adept, Vanguard, and Sentinel, is the new Explorer class.

However Bioware has changed the way players upgrade they character. They are now allowing players to change class dynamically, not tying them to their initial choice or one single role.

Flynn went on to say that developers had taken copies of the game home during the holidays to play test. Their positive feedback led to Bioware’s confirmation of the March dates and their confidence that their “most ambitious Mass Effect game to date” was almost ready.

To add to the sparse details revealed in the trailers, Bioware launched the Andromeda Initiative page on their website. Here, they have mock introductory and training videos. These reveal more about the Arks, the ships carrying the four main species, and their 600 year journey to the Andromeda galaxy.

Along with some narrative background, the videos also explain more about the ships and vehicles players will see in the game.

The Ark also has a cultural center, filled with archives with information on the species in the Milky Way. This will presumably be a way for those new to the series to learn about plot details from the previous games, such as the genophage.

Bioware revealed the first gameplay trailer at The Game Awards 2016. There they showed new features and key differences from other Mass Effect games. Previous trailers were more cinematic, revealing only glimpses of the story.

More details about the changes made to the multiplayer and gameplay have been drip-fed to players since Andromeda’s announcement. Fans have been eagerly dissecting each piece of news, trying to work out as much as they can ahead of the game’s launch. But a lot is still unknown.

For a game so dependent on story, details are surprisingly scarce. Bioware faces a dilemma when it comes to advertising. They need to reveal enough to sell the game, but not too much to spoil it. They also need to pique the interest of newcomers to the series. With all the trailers so far, Bioware has shown the sense of scale they’re aiming for. With space travel, discovery, and Bioware’s proven track record of creating engaging stories and characters, gamers might get what they were looking for in a game like No Man’s Sky.

For many fans, Commander Shepard’s journey was a personal one, with tight bonds forming between the players and their crew. With the Renegade/Paragon scale, dialogue options, and romance choices, players could tailor their games and create their own narratives.

The things that make Mass Effect special – tailored gameplay, excellent characterization, and personal story arcs –  are hard to convey in trailers. Bioware has the unenviable task of making players connect with new characters, after setting the bar so high with such classic characters in the original games.

Although the premise is clear, the story itself is still shrouded in mystery.  But with increasing interest and an already loyal fan base, Andromeda is surely one of the most anticipated games of 2o17.