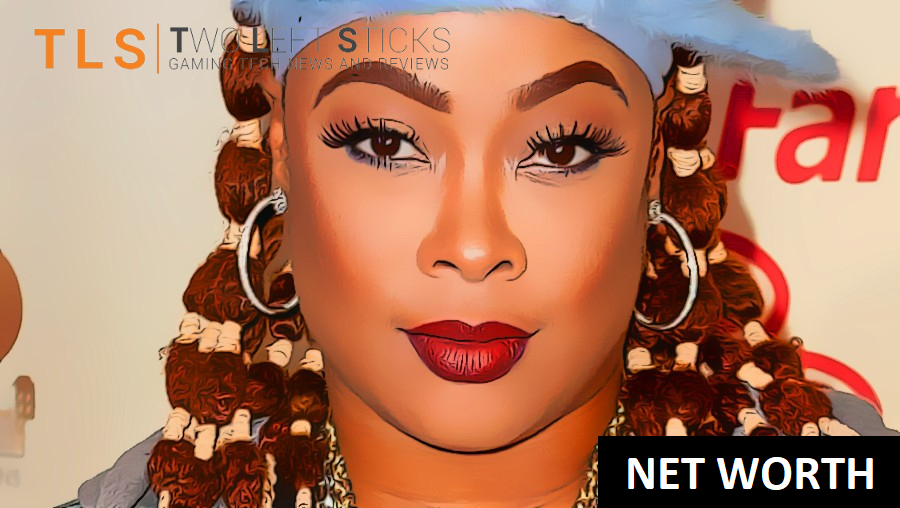 What is Da Brat Net Worth?

Da Brat is an American rapper and actress who has a net worth of $100 thousand. Da Brat is one of the first female MCs to hit the hip-hop scene during the ’90s. Her debut album, “Funkdafied”, sold one million copies in 2004 making her the first female rapper to have a platinum-selling album. Unfortunately some legal problems later in her career have caused Da Brat to experience some financial stress in recent years, including a 2018 bankruptcy filing in which she listed debts totally just under $8 million and assets of just $100,000.

The Chicago-native was born Shawntae Harris on April 14, 1974, and first started rapping at the age of eleven. Brat was born to a Chicago city bus driver and her parents never married, so she was subsequently raised in two different households. She lived part-time with her mother and grandmother and attended an Apostolic church and sang in the choir four times a week. She attended Kenwood Academy in Chicago for high school and ran track and played basketball. Da Brat graduated in 1992 from the Academy of Scholastic Achievement, a charter school that caters to at-risk youth.

Da Brat was still in her teens when producer Jermaine Dupri discovered her in 1992, as she came out a winner in an amateur rap contest sponsored by “Yo! MTV Raps.” As part of her prize, she met the young rap duo Kriss Kross, who introduced her to Dupri who signed her to his So So Def label.

Under Dupri’s production, Da Brat released her first album “Funkdafied” which enjoyed platinum success, going to number two on the R&B charts and spending nearly three months on top of the rap singles chart. The single of the same name reached No. 1 on the rap singles chart and #6 on the Billboard Hot 100. The second single off the album, “Give It 2 You”, reached No. 26 on the Hot 100.

For her 1996 follow-up album, “Anuthatantrum”, Da Brat took greater control of her music and persona, making it another commercial success. With hits “Sittin’ on Top of the World” and “Ghetto Love”, featuring T-Boz from TLC, she got back to the R&B Top Five and pop Top 20. Concurrently, she made high-profile cameo appearances on records by the likes of Mariah Carey (a remix for her hit “Always Be My Baby”), Missy Eliot, Dru Hill, and Lil’ Kim, among others.

During the remainder of the ’90s, Da Brat came to be known more for her featured appearances on other rappers’ albums rather than her soo work. She was featured with Kriss Kross on the title track of their albums “Da Bomb” and “Young, Rich and Dangerous.”

In 1996, Da Brat made her feature film debut in “Kazaam” starring opposite Shaq. In 1997, she appeared with Dupri on another remix for Carey, “Honey (So So Def mix) (So So Def mix). Da Brat recorded the hit remix of “Ladies Night (Not Tonight) in 1997 with Lil’ Kim, Left Eye from TLC, Angie Martinez, and Missy Elliot. Later that year she was featured on “Sock It 2 Me”, a track from Elliot’s debut album “Supa Dupa Fly.” Da Brat also appeared on a remix of Destiny’s Child’s single “Jumpin’ Jumpin'” in 1999.

Next, she released her third album titled “Unrestricted” in the spring of 2000, in which she donned sexier looks. The album became not only her second R&B chart-topper, but also her biggest album on the pop charts to date, making a climb into the Top Five. Furthermore, Da Brat enjoyed hits with her singles “That’s What I’m Looking For” and “What’Chu Like” which featured soul singer Tyrese. Compared to her earlier work, the album was not as well received as her previous two.

In 2001, she reached #1 on the Billboard Hot R&B/Hip Hop singles chart along with Ludacris on a remix of Mariah Carey’s “Loverboy.” That same year, she was a featured artist on a remix of Destiny’s Child’s “Survivor.” In 2002, she returned to the big screen in Mariah Carey’s ill-fated film “Glitter.” In 2003, Da Brat released her fourth album, “Limelite, Luv & Niteclubz.” It peaked at No. 17 on the Billboard Hot 200 and No. 6 on the Top R&B albums chart. She also appeared that year on season four of VH1’s “The Surreal Life.”

In 2005, she made a comeback when she reunited with Jermaine Dupri and was featured on the remix of “I Think They Like Me” by Dem Franchize Boyz. The song hit No. 1 on the Hot R&B chart and No. 15 on the Billboard Hot 100. She toured with Mariah Carey in 2006 to Atlanta, New York, Long Island, Washington D.C., Chicago, and Los Angeles performing her rap verses on “Heartbreaker” and “Honey.” In 2007, Da Brat worked with Kelly Rowland on the bonus track “Gotsta Go” from her album “Ms. Kelly.” Later that year, she participated in season five of VH1’s “Celebrity Fit Club.”

In October 2007, Da Brat was involved in an assault at a Halloween party at the Studio 72 nightclub in Atlanta. Da Brat got into a heated argument with a hostess, and when the hostess walked away to fetch her manager, Da Brat attacked her from behind and struck her face with a rum bottle. Police arrested and jailed Da Brat. She pleaded guilty to aggravated assault charges in court and was sentenced to three years in prison, seven years of probation, and 200 hours of community service. She was temporarily released from jail in May 2010 on a work release and she was officially released from prison on February 28, 2011. In February 2014 the assault victim was awarded $6.4 million to cover her injuries and past/future loss of earnings.

Following her release from prison, Da Brat launched a web series on YouTube called “Brat Chronicles: In Transition” about life after the experience. In 2011, she did a remix with Kelly Rowland and Lil Wayne called “Motivation.” She released a new single, “Is It Chu?” on July 2, 2013. She has been a co-host for the Rickey Smiley Morning radio show since July 2015 and is part of the “Dish Nation” cast out of Atlanta. She also has appeared on the reality TV series “The Rap Game” as a mentor to young artists. Since 2017, Da Brat has appeared in the reality TV series “Growing up Hip Hop: Atlanta.”

A few months after the filing, her assault victim filed a lawsuit that demanded her debt not be wiped clean by the bankruptcy filing. The victim also reported that the original $6.4 million debt had grown to $8 million with interest. She claimed to have not yet received a penny from the rapper.

Having kept her sexuality and relationships completely private from the public eye for years, Da Brat finally came out on Instagram in March 2020 and revealed she was in a relationship with businesswoman Jesseca Dupart. Jessica is a successful entrepreneur who is founder and CEO of Kaleidoscope Hair Products which generates millions per year in revenue.