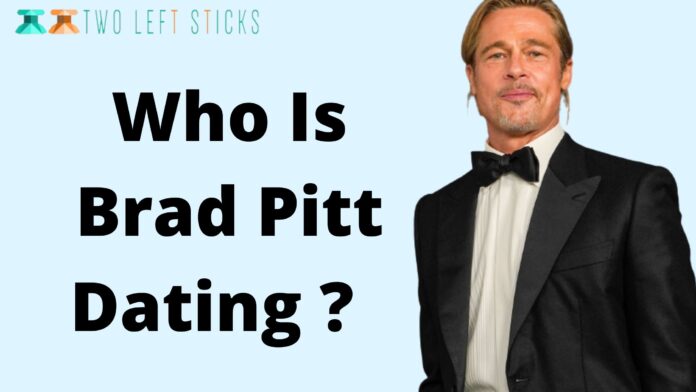 Brad Pitt Dating Life : Brad Pitt is a well-known film producer and actor. He has been honored with several prestigious awards, including a Primetime Emmy Award, a British Academy Film Award, an Academy Award, Screen Actors Guild Awards, and Golden Globe Awards. Brad Pitt co-founded a company called Plan B Entertainment. Pitt’s production company has produced several films, some of which have won the Academy Award for Best Picture, such as The Departed (2006), 12 Years a Slave (2013), and Moonlight (2016). William Alvin Pitt and Jane Etta welcomed their son in Oklahoma on December 18th, 1963. Pitt is their only child. In high school, Pitt competed in golf, swimming, and tennis for the Kickapoo High School teams. He also attended that school.

After completing his high school education and receiving his diploma, Pitt enrolled at the University of Missouri in 1982 to pursue a degree in journalism with an emphasis in advertising. Since he had a passion for movies, which he described as “a portal into different worlds for me,” he made the executive decision to move to a state that had a thriving film industry. Pitt dropped out of school when he was only two weeks away from finishing the requirements for his degree and moved to Los Angeles, where he took acting classes and worked odd jobs. 1987 marked the beginning of Pitt’s acting career, which he launched with uncredited roles in No Man’s Land, No Way Out, and Less Than Zero. 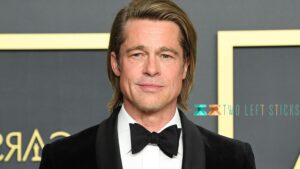 His first screen appearance was in a supporting capacity in the movie Hunk. Additionally, he appears in the background in the film No Way Out in 1987. Following several cameos and supporting roles in films before Thelma and Louise, which earned him widespread recognition, Brad Pitt starred in A River Runs Through It. The film got nominated for an Academy Award and won in 1992. His work in the crime film Seven earned Pitt great praise. Ocean’s Eleven, directed by Steven Soderbergh, is widely regarded as the film that brought Pitt his most tremendous financial success. Pitt reprised his role for Ocean’s Twelve and Ocean’s Thirteen.

He has firmly established himself as a leading man by starring in commercially successful films such as the historical epic Troy, Mr. & Mrs. Smith, and World War Z. Pitt has starred in the critically acclaimed films Babel, The Assassination of Jesse James, Inglorious Basterds, Burn After Reading, Ad Astra, The Tree of Life and The Big Short. Pitt’s performances in the films The Curious Case of Benjamin Button and Moneyball earned him nominations for the Academy Award. In 2019, Pitt was awarded the Best Supporting Actor for his work in Once Upon a Time in Hollywood. 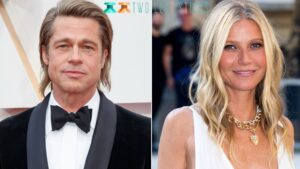 Read Also : Willie Garson Passed Away: What Caused His Death?

There were multiple rumours about Brad Pitt Dating life and romantic relationships involving Pitt and his costars. Sinitta, a British-American singer, was rumored to be dating Pitt, and the two were reportedly romantically involved for two years. After a string of one-night stands with costars from his various television shows, he finally popped the question to Cutting Class actress Jill Schoelen in 1989. The engagement did not last longer than eight months. Once again, Pitt got engaged to his costar in Se7en, Gwyneth Paltrow, but the couple ended up breaking up in 1997.

In the year 1998, Jennifer Aniston and Brad Pitt went on a date that was a blind date. The two became fast friends almost immediately. In the year 2000, Aniston and Pitt tied the knot. The couple made the official announcement of their divorce in January of 2005. After meeting each other in 2004 on the set of Mr. and Mrs. Smith, the actor and his costar, Angelina Jolie, began a romantic relationship. In addition, the couple is parents to adopted children named Pax, Vivienne, and Knox.

All of their children were present with Jolie and Brad Pitt at their fairytale wedding in France in 2014. After two years of marriage, the happy couple decided to part ways. After being seen together at an art exhibition in Los Angeles in 2019, the Once Upon a Time in Hollywood actor was rumored to be dating an alumna from the show Arrested Development named Alia Shawkat.

Brad Pitt has a net worth of $300 million at present. 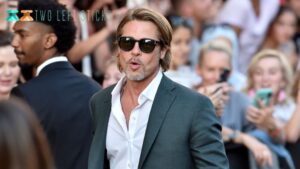 Q: What kind of ailment does Brad Pitt have?

A: It was reported that Brad Pitt suffers from face blindness, which causes him to be unable to recognize people’s faces.

Q: What was the breakthrough role of Brad’s career?

A: Ridley Scott’s Thelma & Louise was the breakthrough role for Brad’s career.

A: According to a source, the on-screen chemistry the actors shared turned out to be an off-screen romance.

Q: Is it true that Claire Forlani dated Brad Pitt?